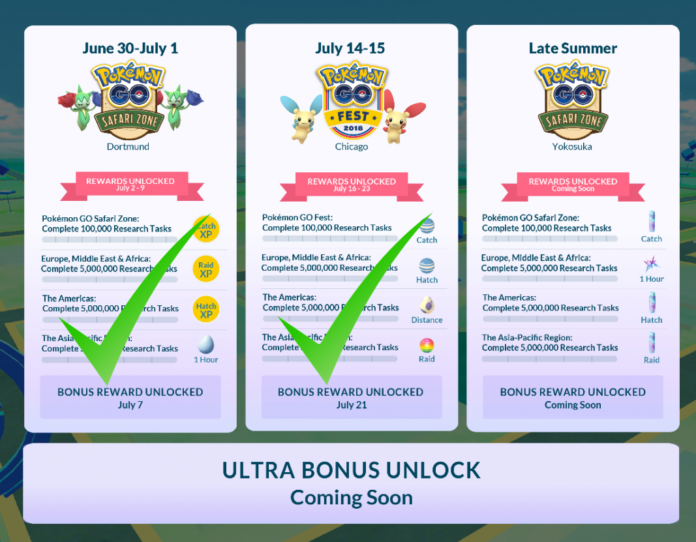 Trainers, we are well on our way to finding the treasure at the end of our Alolan rainbow. With both Dortmund and Chicago fading into the mists of time, only the Asian event in Yokosuka remains, and I know that we will smash the targets set. With that being said, one important question raises: what is the Ultra Bonus unlock?

While I am not going to break into the known elements of that event, I am going to share some of the concepts and speculations the community believes is within our grasp. 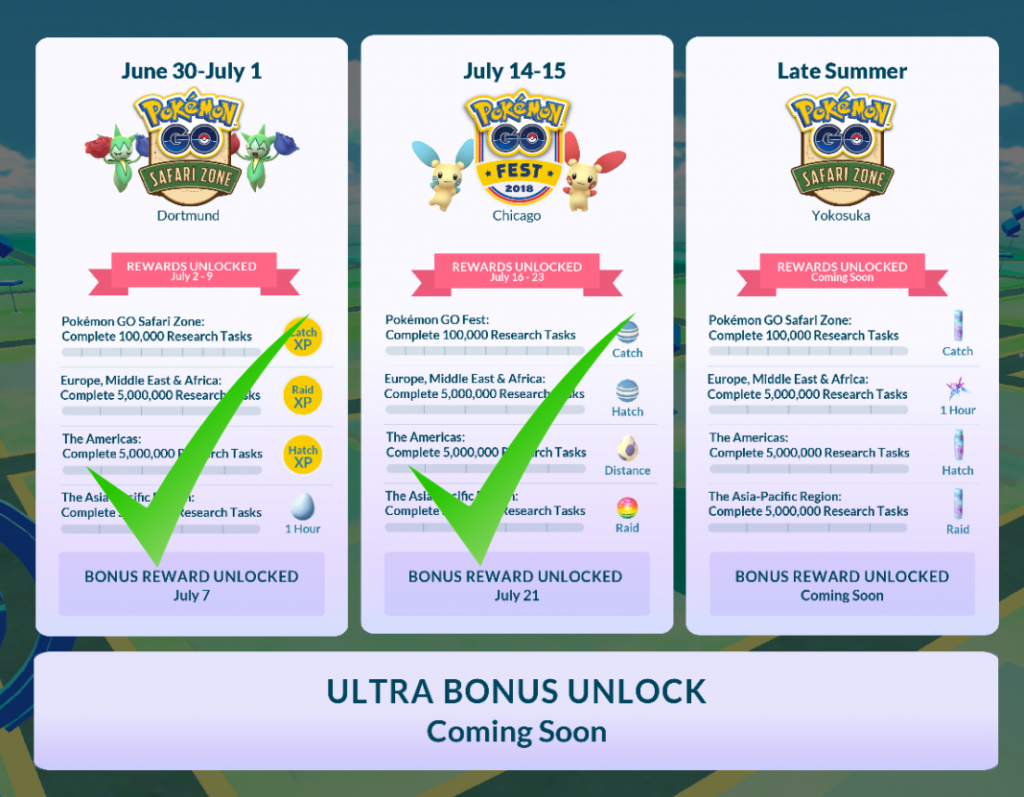 Probably the most frequent suggestion I see. With Niantic showing us they can offer special raid days as a global incentive (Articuno, Zapdos and Moltres), there are dozens of threads across the interweb speculating a Mewtwo Day.

Mewtwo is currently an EX Raid, by invite only, and was introduced July/August 2017 (I am sure someone will comment the exact date) so its been around 12 months since it started to appear. The community has been vocal about its desire to see Deoxys in this fashion.

If Mewtwo was to be retired from EX Raids then a 3 hour Mewtwo-fest would not be unwelcome, especially for trainers in areas who have issues triggering an EX Raid, or are unable to attend due to other commitments.

For those who have obtained it, there is always the possibility of shiny forms.

Generation 3 was released in several waves, and some would say that we are still awaiting the last of them. If we manage the unlock it is entirely possible that a selection of Generation 4 would be added early. Two possibilities I see are Leafeon & Glaceon, which would give synergy with the Eevee Community Days in August.

A selection of the 8 new baby Pokémon in eggs is another possibility and would mirror the Generation 2 soft release.

Below is a table of the new baby Pokémon, the ones highlighted are the ones I would not expect to be released in this format, as they have evolved forms introduced in Generation 4, or are regional exclusives.

Something I came across in a local discord was that we could have a period of “all the bonus'”. If you look at the 12 buffs we have (or will have) experienced over the summer, imagine having a week of all of them unlocked at the same time.

If it takes 12 candy to evolve, it now has a shiny form. This would add 17 shiny forms to the game.

If commons don’t float your boat, how about shiny regional’s? this would add 15 new shiny’s

Niantic love to throw regional’s into the game to be rotated during events, and with each generation more are added. One options would be to remove restrictions on Generation 1 Regions for a period of time.

Another option could be to remove the regional restrictions on Generation 1 Pokémon altogether. These would then be replaced with new Regional’s in Generation 4, or perhaps at the same time. This would also overcome the Mime Jr. conundrum as a baby Pokémon but only in Europe.

This could still be a development option for the future.

As I mentioned above there are several Pokémon from previous generations currently not available. I have seen a release of these as the award in a few places, especially since they have now been data-mined. However, I genuinely think they are missing for a reason and I don’t think its for an unlock. This is, in my opinion, the lowest chance as the Ultra Bonus.

The most bizarre concept

One of the strangest concepts i encountered was posted on Forbes. When I first read it I wondered if cross franchise could be a thing but it maybe to far out for the Pokémon GO community (this from the author of Pokémon GO Fusion): One Crazy Theory About The Ultra Bonus Unlock For Pokémon GO’s Global Research Challenge.

Activision Blizzard do it with their games all the time. While I don’t think this would make it into Pokémon GO it does make me wonder if at a point in time an unlock in one Niantic game could impact on another, in a way a lot more deliberate, community driven and obvious than Pokéstop Submission (via Ingress)

Lets wrap this up

Well, these are the more common theories i’ve seen. As a conceptualist, i love to speculate, throw ideas out there and see how close we are to the mark.

Over the coming weeks more information may get hinted at, we don’t know. For those of your lucky enough to attend Yokosuka I wish you safe travels and hundreds of shinies. Do us proud and get that unlockable unlocked.

At time of writing we were yet to see the Alolan Raichu or Alolan Marowak, popular idea was that we would see these Pokémon as raid bosses, while perhaps not as groundbreaking as the ideas voiced prior.

As the Alolan Rainbow weather effect is not fully implemented yet, its certainly something that had been discussed as the mechanic to evolve a Cubone or Pikachu is not in place.