With so much of the world still in lockdown of varying degrees, we decided the perfect challenge for our AR community would be images featuring Tiny Pokémon. By making Pokémon extra small, it opens up a lot of different options for utilising the space you have access to during these uncertain times. If you aren’t sure how to make your Pokémon tiny, we have a How To Guide here. 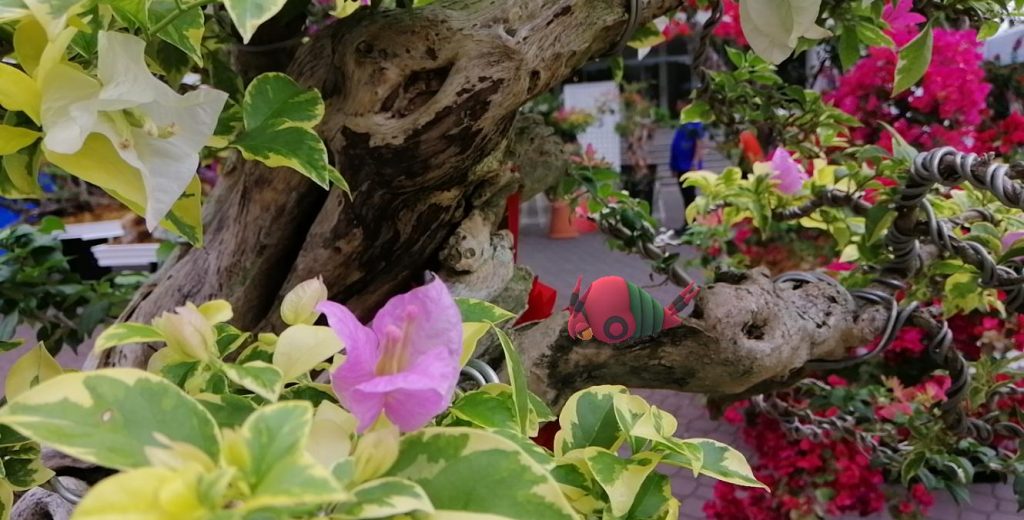 ‘In a flower exhibit featuring tiny trees, I found this little guy comfortably perched on a branch. I was surprised it trusted me enough to get a few good shots, this being the best one, before it found a new hiding spot.’ 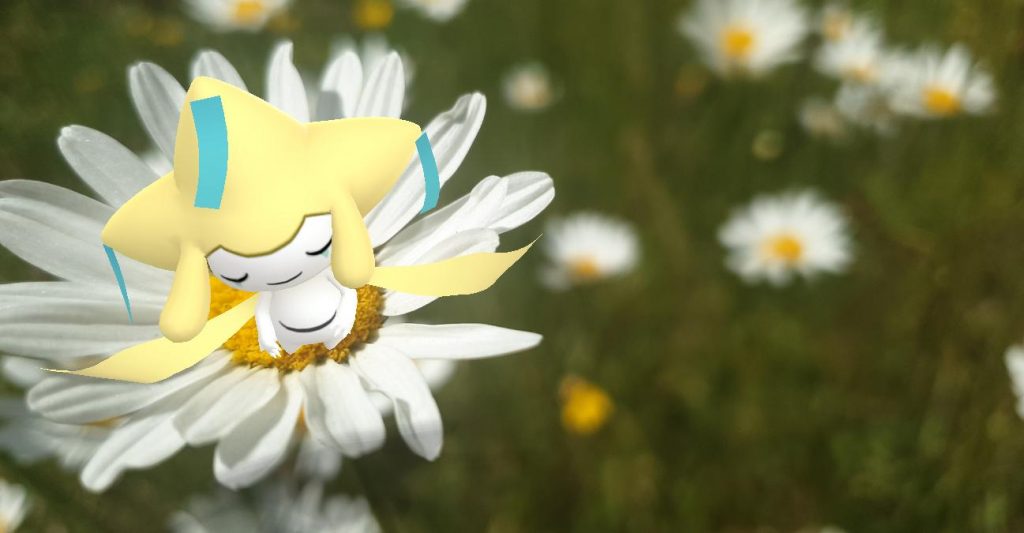 ‘According to the Pokédex, Jirachi will awaken from its sleep of a thousand years if you sing to it in a voice of purity and make true any wish. Wake up, Jirachi! We need you right now.’ 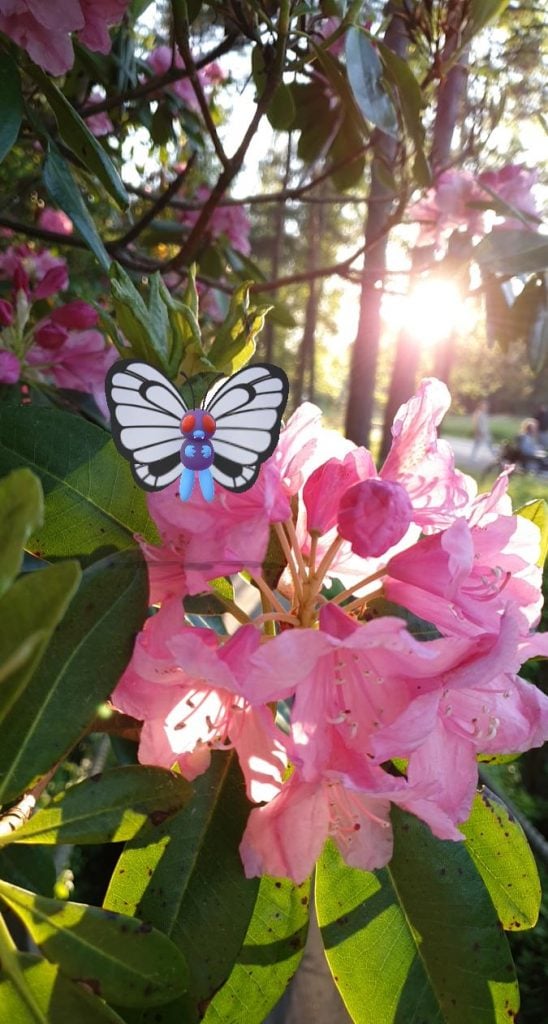 ‘Butterfree in the mysterious garden of rhododendron’

‘Lilipup on the spoon’ by SAKU, Japan. 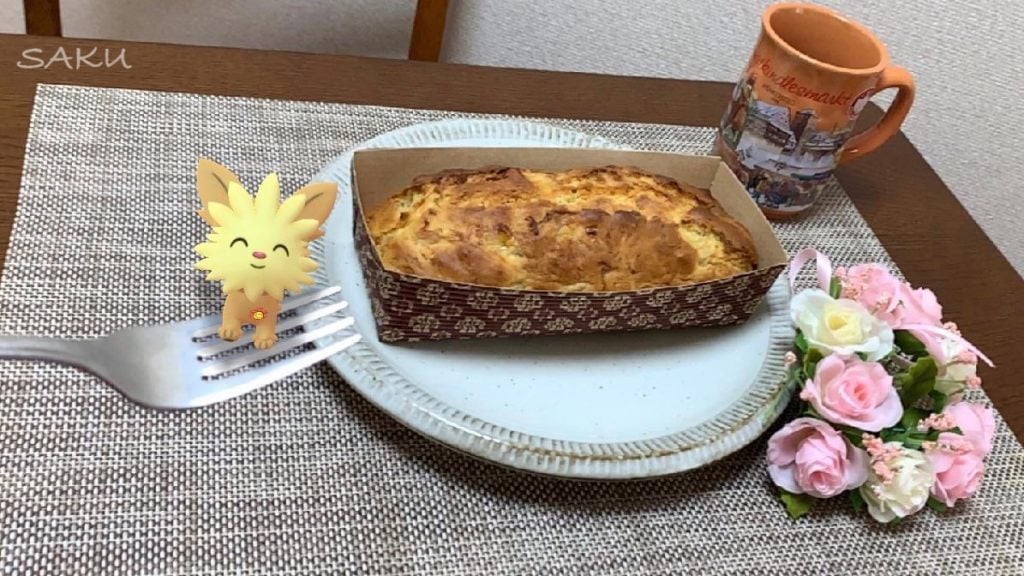 ‘When I tried to make and eat a pound cake, a Lilipup who wanted to eat it came on a spoon’

‘Serene Celebi’ by Rhanique, The Netherlands. 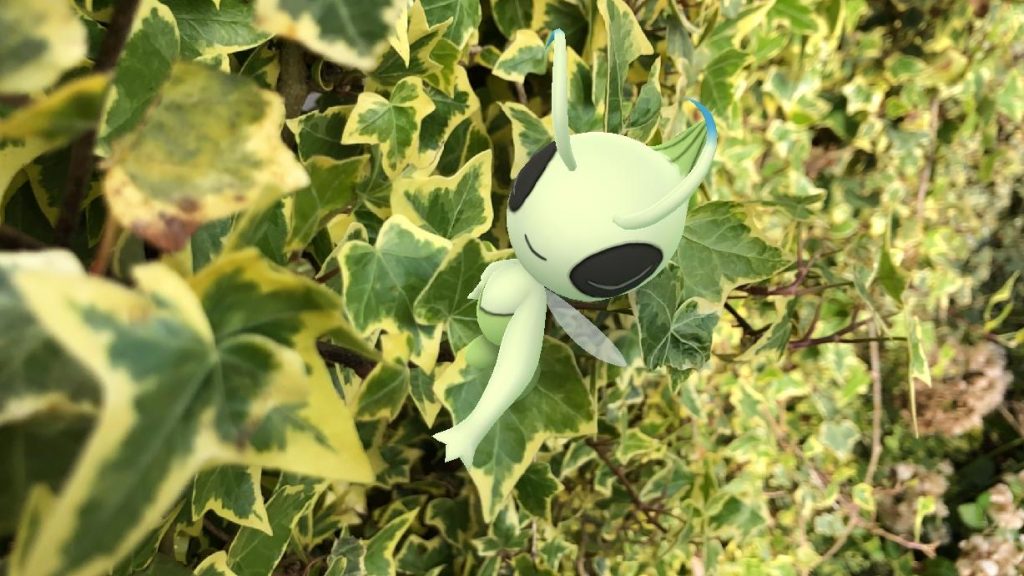 ‘Celebi is enjoying the peace in my garden.’

‘How can you eat so much being so tiny?’ by shinyshinx.sc, Andalusia, Spain. 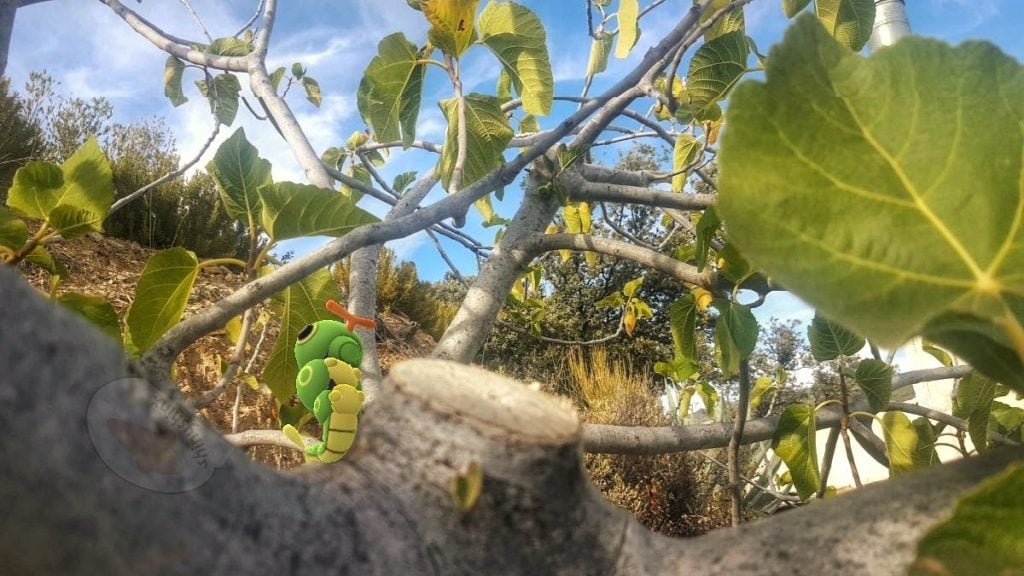 ‘Caterpillars do have a voracious appetite, and they eat many leaves from different plants. Due to this, they can cause extent damages to crops or fruit trees. It’s not weird that a caterpillar eats three times it’s body weight in leaf material every day! Caterpie is no exception to this and it’s said to be able to consume hundreds of leaves daily. I understand that you have to accumulate loads of energy to pupate into Metapod and them transform into Butterfree but… you’ll have to stay away from my fig tree.’

‘The beginning is always rainy.’ by ACE(艾斯）, Tokyo, Japan. 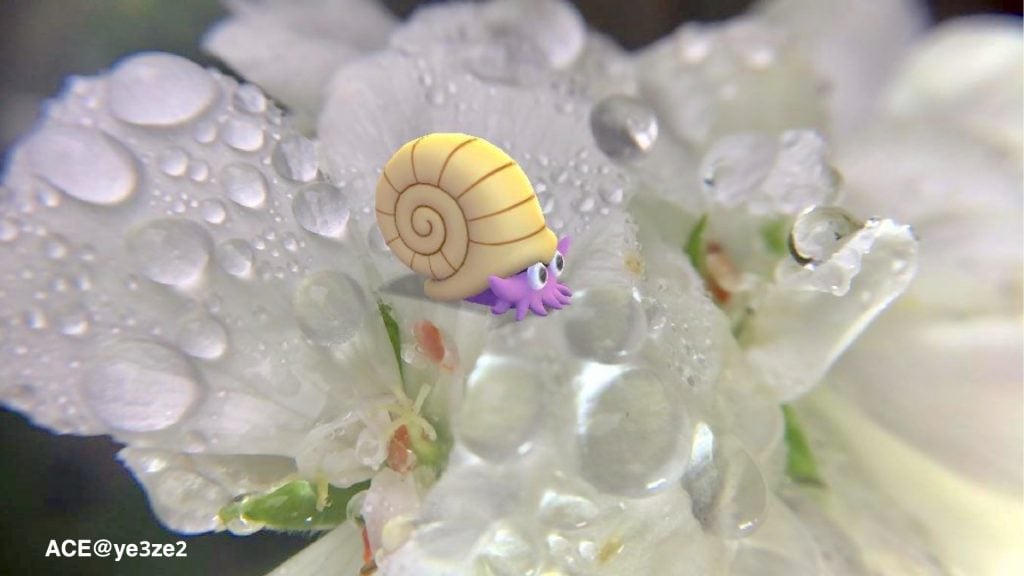 ‘Back in the days when I first met you, it was unbelievably rainy. Whenever I took you out, the rain would always envelop us.’

‘You miss 100% of the shots you don’t take’ by Feresk, Cebu City, Cebu, Philippines. 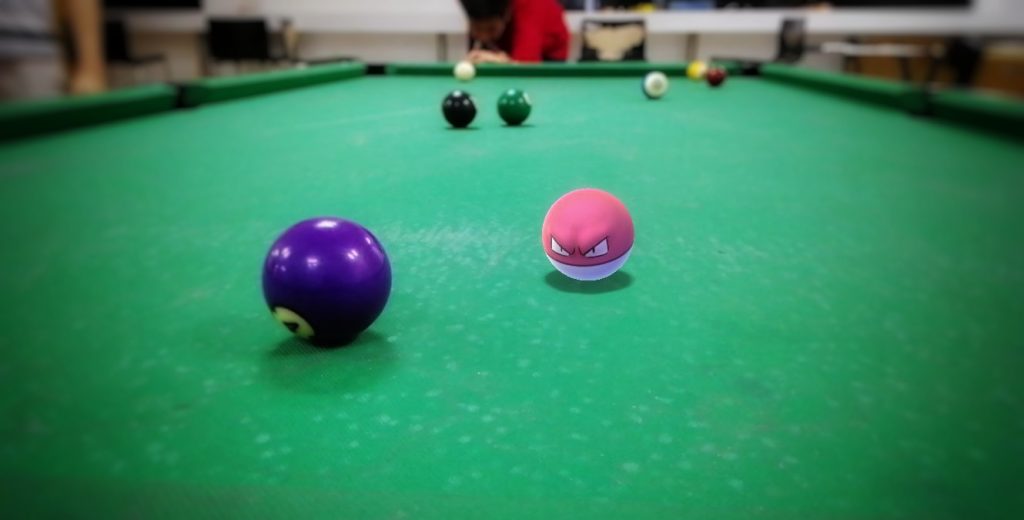 ‘Playing pool, one of these things is not like the other. But I don’t play pool, so I took a photo of this Pokemon instead!’

‘Tiny mr.Lime is trying to wake the sleeping stone dragon in the garden, by waving his hands before the dragon’s eye’s.’ 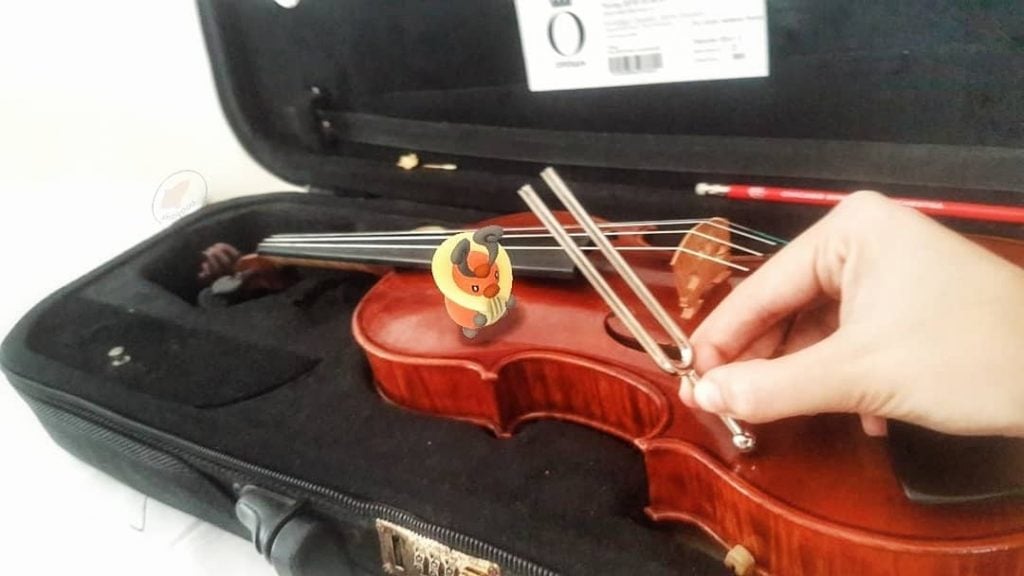 ‘When this Pokémon rubs its antennae together it creates sounds similar to a xylophone. However, just that is not enough to become a musician! Kricketot needs to learn to “intone” the correct notes so it can play with other people and Pokémon. The sound used as a reference is given by this tuning fork, which produces a sound of 440 Hz that everyone agrees it’s an A. The tuning fork resonates when it touches the hollow wooden box, and produces a pure tone. If Kricketot learns to reproduce this sound, and then learns where are B, C, D and company🎵… we’ll be ready to learn rhythms, phrasing, harmonies, techniques… Oof Kricketot, I hope you didn’t think you were born knowing how to play!’ 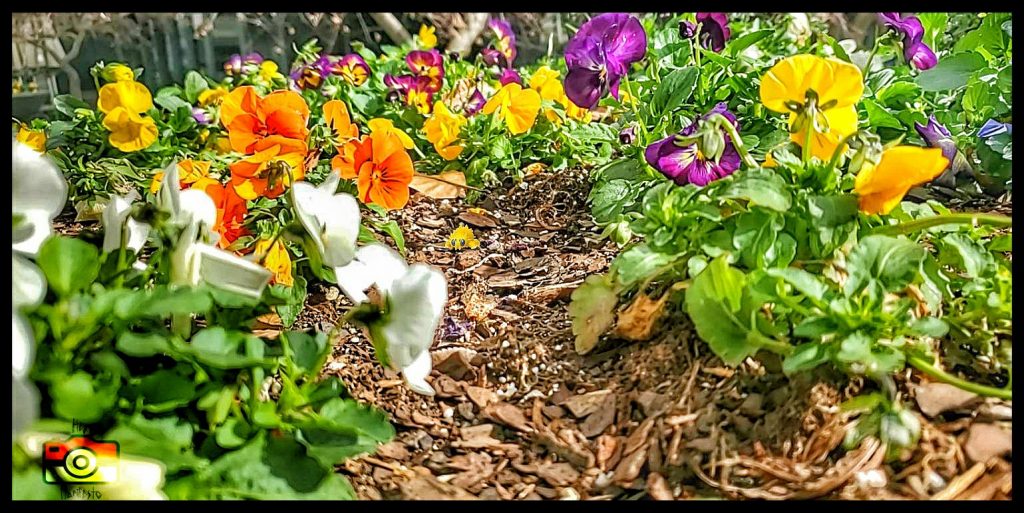 ‘Joltik is my second favorite bug pokemon behind scizor. I love the little guy. And he is by far my most favorite to micro photograph. He’s already quite small but with a little positioning tricks you can get joltik down to incredibly small sizes and he loses none of his cuteness!’

‘Whenever I took you out, the rain would always envelop us.’ by ACE(艾斯), Tokyo, Japan.

‘That day unfortunately looked like it was going to rain.Then I met you.’

‘I never really tried the AR feature tinymon even tho I’ve seen plenty of other pogo accounts do it, anywho I just happen to come across kitty’s intro vid to tinymon & loved her turn out results, So I gave it a try with Ledyba & I was super pleased it’s fun. Now every time I pass a small tree/bush I scope it out & think how can I make this into a great tinymon shot.’

‘Watching over the sea!’ by HazelCrocus, The Netherlands.

‘Ever since I learned how to make tiny pokémon I wanted to try it out with my beautiful shiny Vaporeon. But I needed the right location, and what location is better then the sea! Vaporeon and I love to go for walks on the pier and look out for seals and if we are lucky even some harbour porpoises. Although Vaporeon also loves to chase sea gulls during our walks!’

‘Playing tired Mew! Taking a break in a flower bed.’

‘I’m not much of a gardener, in fact most times when I have a go at gardening the plants die on me. Let’s just say that I like plants, but they don’t like me! So it comes as no surprise that there would be some bugs on the plants in my garden. However, when I was walking through my garden the other day, this little bug seemed a bit different to the usual ones. I leaned in to take a look and there on the leaf was not an ordinary bug, but a bug-type Pokémon! A little Joltik was passing through enjoying the leaves of my rather wild garden!’

Thank you so much to everyone who submitted incredible photos for this feature. We had our most submissions ever! Well over 100 amazing photographs were submitted. Sadly we can’t include you all because otherwise this would be the biggest article ever, but know we look at every single submission and really appreciate them. Keep submitting!

Our next theme is…. Yellow! Does that mean your favourite yellow Pokemon, or a yellow flower, or a yellow background? That’s entirely up to you, the image just needs to include some yellow. To submit your entries fill out this form before 15th July. Can’t wait to see what you come up with!