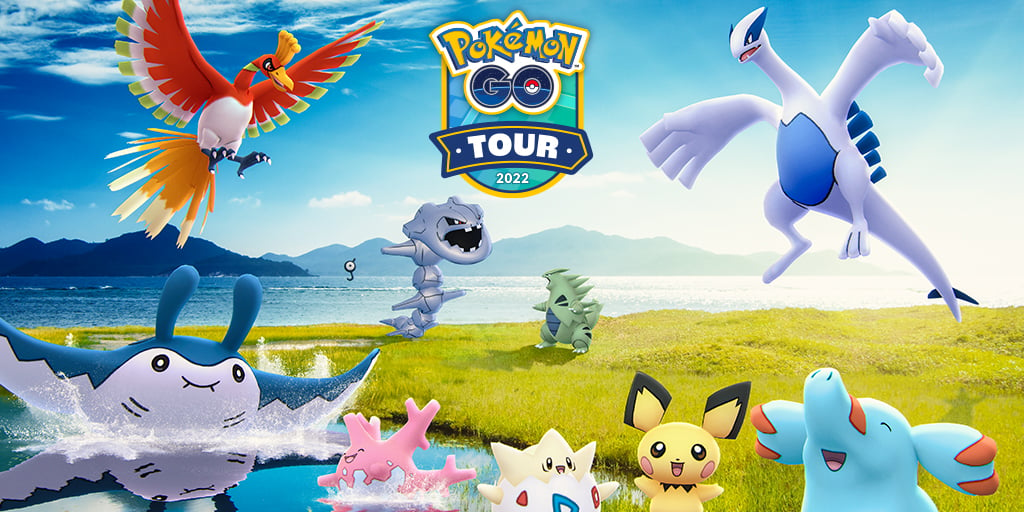 Pokémon GO Tour Kanto was one of the most popular events of 2021. It had great spawns and an easy-to-play structure of interconnected raids, trades and tasks, with nothing to hold up the player (looking at you, Complete 7 Field Research Tasks from the Ed Sheeran event).

And though twelve whole hours sounded intense, in practice it meant that trainers could play whatever time of day suited them and that those truly dedicated to the grind could push themselves to the limit. And given most of us are shiny hunters, having all Kanto Pokémon available as shiny, with eight new shiny releases on the day, went down a treat.

So of course we’re all looking forward to Pokémon GO Tour Johto in the hopes that it can repeat Kanto’s success and fun factor, and getting ready to hunt Johto shinies both old and new.

With the Hoothoot and Slugma families releasing in recent events, the new shinies list is a little shorter than when we got our first info on the Johto Tour. So who are our debuting shinies for Pokémon Go Tour Johto?

At this stage, it looks like there will be a total of 12 (twelve) new shinies released for Pokémon GO Tour Johto: Hoppip, Remoraid and Phanpy families, Tyrogue and Hitmontop to complete the Hitmon family, along with Girafarig, Mantine and region exclusive Corsola.

We all love a shiny family with a striking contrast to the Pokémon’s usual palette, and the Hoppip family delivers that in spades. From Hoppip’s brilliant lime green to Skiploom’s magenta and Jumpluff’s soft pink, you’re really going to know these guys when you see them. And with the Hoppip family available across both versions, hopefully we’ll all score ourselves at least one of this cute shiny trio.

I have to admit, Girafarig is a bit of a favourite of mine – I still remember encountering my first one in the main series games. Something about its goofy double-head situation just makes me smile. Anyway, Girafarig is a subtler but still quality shiny, with a slightly more saturated brown and gold on its body and the normally pink detail on its back and nose swapped out for a cool bubblegum blue.

Ah, the weird fish that inexplicably becomes a bored octopus – Remoraid and Octillery alike have been dex fillers since their arrival to the game way back in 2017, but all that’s about to change with the debut of their shiny forms. Remoraid’s the star for me with that sweet mauve-ish purple, but Octillery is looking pretty sharp as well with its golden tones. Again, they’re not mentioned in the GO Tour information we have so far, so hopefully we find out soon how we’ll be able to score these two on the day.

Hitmonlee and Hitmonchan were some of the most sought-after new shinies of Pokémon GO Tour: Kanto, so trainers will be looking forward to the opportunity to finally complete the Hitmon family with the arrival of Tyrogue and Hitmontop. Like Girafarig and the Remoraid family, it’s not clear yet how we’ll get hold of blue shorts Tyrogue and pretty-in-pink Hitmontop, but they’re surely going to be big targets for shiny hunters on event day.

Mantine and the Phanpy family

I’ve brought these three fresh new shinies together because they are the event version exclusives for Pokémon GO Tour: Johto, with Mantine exclusive to Gold and the Phanpy family exclusive to Silver. Mantine stands out with its more vibrant shades of blue, while Phanpy makes up for its own incredibly subtle shiny (there’s going to be a lot of people squinting at their shiny checks) with Donphan’s striking pewter with bronze detailing. I’m leaning towards Gold version myself (I’m a bit of a Ho-Oh fan), but many trainers will be choosing Silver on the strength of an exclusive shiny Pokémon family.

Something of a forgotten debut amongst all the other new species’ shiny excitement, Pokémon Go Tour Kanto will be the first time Unown’s J form will be shiny available, joining G, O, T, U and R, which have all previously been released as part of Pokémon GO Fest and Ultra Unlocks over the past two years. J was the last Unown I received to complete my Unown dex, so I’ll be hunting out this one for sentimental reasons, while the hardcore shiny hunters will be looking to work on their shiny Unown dex. (Good luck with that, friends!)

Our final new shiny release for Go Tour Johto is the crisply aqua Corsola. Originally set to debut in a region-exclusive event partway through 2021, the pandemic instead robbed Corsola of its glory. While we don’t know how we’ll get our hands on the happy little coral as yet (the less said about the sad Galarian version the better), last year’s Kanto regionals appeared in raids, and I’d willing to bet we’ll see the same this time around for Corsola, as well as the already released shiny Johto regional, Heracross.

So there you have it, trainers – twelve brand-new shinies to hunt for Go Tour Johto, with something everyone from the subtle to the bold. Who’s going to be your top target?