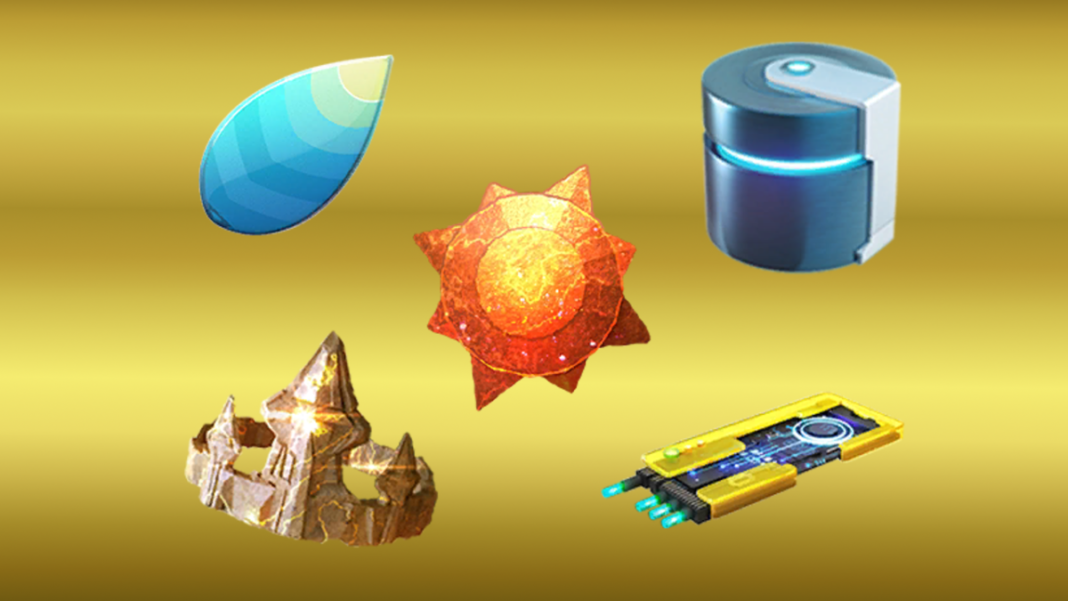 A new event brings with it new boxes in the shop, and for the Evolving Stars event we have some brand new boxes with a variety of themes. These boxes are already getting heat on twitter for their costs and contents, so let’s take a deeper look at their value.

Well. This is definitely a different sort of box. With a focus on evolution items, and an item that can help you get enough candy to evolve a Pokémon, there is a distinct theme, but is there a value? None of these items are typically sold in the shop, so by our method of analysis, there is no value to this box. However, many newer trainers may be struggling for evolution items, so we can see why this was created.

Ultimately, we do not consider this box to be worthwhile for the value. Maybe if it was a 100 coin box newer trainers might consider it, or those who are more rural who may struggle to get the field research tasks. Many trainers find they passively accumulate large amounts of evolution items without meaning to, from their 7 day streak, from the weekly research breakthrough box, random Pokéstop spins etc. This is a no from us on this box. All of these items can be obtained for free. This box has zero value in our opinion.

This box has an actually discernible value we can assign to it because all the items are for sale in the shop, showing us a saving of 225 coins. Now, is the 225 saving worth it? It depends on what sort of raider you are really. With a mixture of both in person, and remote passes, if you are a hardcore raider, it is worth it. Personally I’d ignore the incubator, it seems more of a random bonus than part of the box, the 6 raid passes would usually cost 600 coins, so you’ve saved 75 coins on the typical raid pass bundles. Keep in mind, this is only a decent saving if you raid both in person, and remotely. If you only raid remotely, we’d give this one a miss too.

This new Voyager box is a bit of a mish mash of themes again, with a mixture of incubators and in person raid passes, and a star piece chucked in. At face value, it has a saving of 650 coins. However, I am once again going to disregard an item, the star piece at 100 coins, and therefore say it is only a saving of 550 coins, because do people really buy individual star pieces? We’ve had much better boxes for people who want to focus on egg hatching, but at least the mixture of super and regular incubator is similar, rather than heavily weighted in favour of the regular incubator. It’s still not much of a saving, and if you are mostly interested in hatching, I’d also hazard a guess that the in person raid passes might not mean so much for you either, so you can knock another 200 coins off the value of the box, taking it down to 1550 coins (without star piece or raid passes), leaving a saving of 350 coins. Meh.

This box is busily describing itself as a ‘great’ raid box, so let’s see if we agree. At face value, it has a saving of 285 coins, but again, I am going to dismiss the lucky eggs at 160 coins, giving the box a value of 1500 coins, and therefore a saving of 125 coins. It is a box aimed at hardcore, in person raiders, most of whom I would again guess aren’t in dire need of buying singular lucky eggs. With Mega Gyarados Raid Day coming this box is clearly targeted at people who intend to take part, in person, and do a lot of raids. You can obtain up to 5 free raid passes on the day, and if you’ve not used your free raid pass from the day before, that gives you 6 free raids before you’ve even started. I’d recommend using your free passes first, and then assessing if you need more raid passes, the saving isn’t particularly ‘great’ after all.

Once again, the first time I’m going adjust the value of this box. At face value, it is a decent saving, 1280 coins, but, I’m gonna disregard the incense and the poffins, because this is a box clearly aimed at those who previously bought the Adventure Boxes. So, ditching those, that takes 280 coins off the value of this box, taking it to 2900 coins, so a saving of 1000 coins. Still a decent saving. This box is definitely the better of hatching focused boxes we’ve had in the last couple of months. As this box seems to be the egg hatcher box, I’m going to compare it to previous Adventure Boxes to see if this really is a good saving. A previous Adventure Box contained 18 Super Incubators and 2 regular incubators for 1480 coins, a value of 3800 coins, so a saving of 2320 coins… While this box may look good at first glance, it is still terrible when compared to Adventure Boxes from earlier this year. Come on Niantic, what gives?!

OK, this box took me some weird maths to figure out values. I’ll explain the values I’ve assigned first. Max Revives can only be bought in bundles of 6 for 180 coins, so I divided 180 by 6 to assign them an individual value, and then multiplied by 10. They work out at 30 coins each, hence 300 coins. For star pieces, they can be bought in single bundles at 100 coins, or in a 6 pack for 640 coins. For exactly 10 star pieces you could buy 8 for 640, plus 2 at 200, so 840 coins, but I can’t imagine anyone buying the 2 individual ones, so instead I did the same as I did for the Max Revives. I worked out the price for 1 in the 8 pack, 640 divided by 8, 80 coins each, so 10 star piece could work out at 800 coins.  Now I’m showing the value for the star pieces both ways, because you can’t buy exactly 10 without doing the combo of the 8 and 2 singular, so we’ll look at both lots of savings.

This box at face value is a saving of 1200/1240 coins. However, once again, I’m going to say we should ignore the max revives, and the star pieces, because if you are a hardcore raider who is going to do 20 in person raids, you aren’t going to be struggling for max revives, and using raids to grind for stardust isn’t the best way to do it. So, we can take 1100/1140 coins off the total value of the box, leaving us with 2300/2340… which means this box is a saving of a whopping….100/140 coins. Ouch.

Quite honestly, these might be some of the worst boxes yet. They seemed to be fluffed up with items like star pieces to make the savings seem better than they actually are, but when you look at the items people are actually bothered about getting from these boxes, they just aren’t worthwhile. The Ultra Raid Box and the Trainee Box feel particularly insulting. The Ultra Raid Box is barely a saving, and the Trainee Box is all items that can be obtained year round entirely for free.

Once again, we find ourselves asking what is going on with these box bundles, and why the value has suddenly plummeted. We miss the Adventure Box. Sigh.