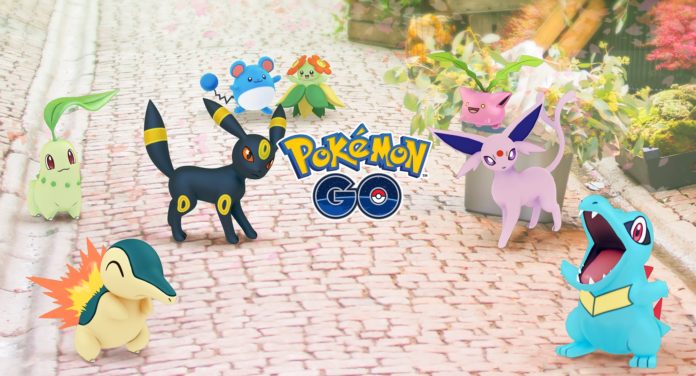 Johto Celebration Event is a special in-game event that celebrates the Pokémon first discovered in the Johto Region. The event lasts from Tuesday Jan 26 to Sunday Jan 31st, and features a number of bonuses which shouldn’t be skipped.

We are now less than a month away from the Pokémon Go Tour Kanto event, and Johto Celebration brings a new shiny, return of select Community Day moves, a new Team GO Rocket timed research and the return of Legendary Beasts. 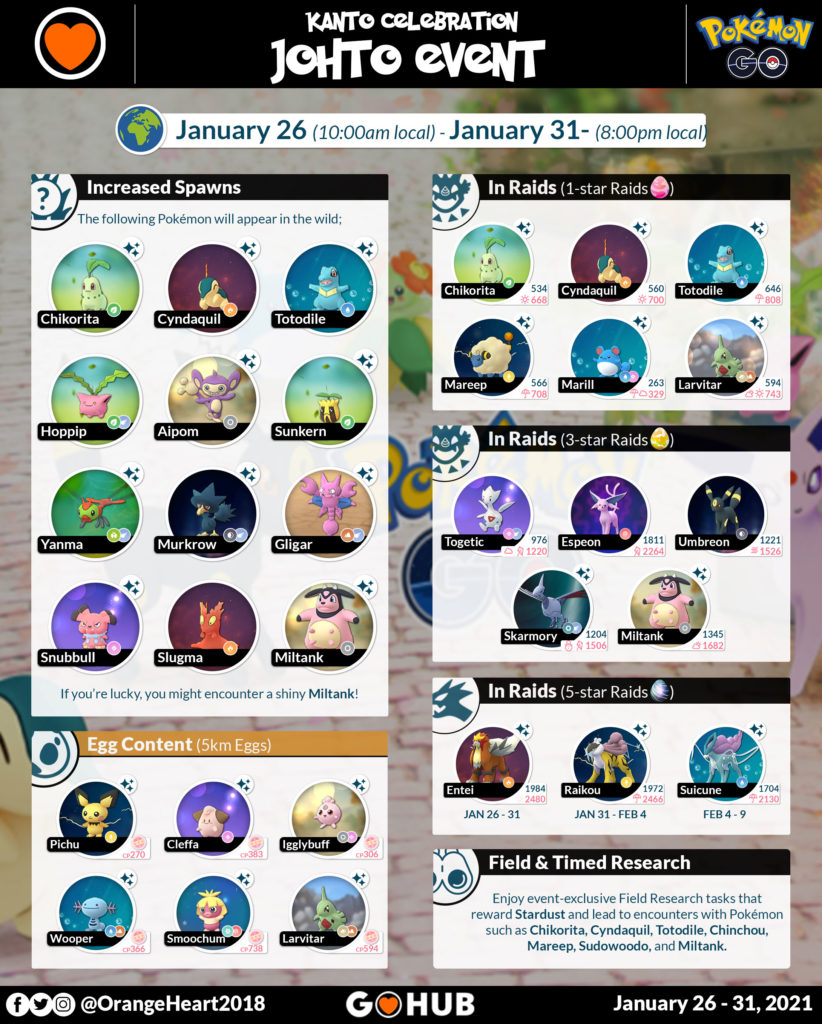 Pokémon from the Johto region appearing in the wild in increased numbers.

The following Pokémon will be hatching from 5 km Eggs:

The following Field Research tasks are available only during the Johto Celebration event:

There is some unusual Team GO Rocket activity during the event as well, which lead to a new Timed Research quest line being available until Sunday, February 7 at 8:00 p.m. local time:

This is the Team GO Rocket themed Ho-Oh Research that was announced yesterday.

The following Pokémon will be appearing in Johto Celebration Event raids.

The Johto legendary beasts will be appearing in 5-star raids at different times during the event.

You can find counters guide for the Legendary beasts here:

Complete the Johto-themed Collection Challenge during the event to receive 15 Poké Balls, 10 Ultra Balls, and an Incense:

Evolve the following Pokémon during the event in order to obtain their 2018 Community Day exclusive moves:

Miltank’s shiny variant will be released as part of this event:

Up next: Pokémon GO Tour: Kanto! Tickets are now available in the shop. For more details on this special event, be sure to read the blog post here