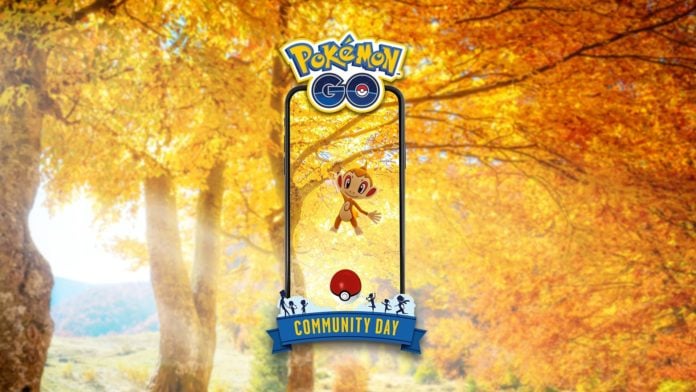 Chimchar’s Community Day takes place on November 16th, with boosted spawns from 11:00 AM to 2:00 PM local time. Infernape’s exclusive Community Day move was not announced, but we expect it will be Blast Burn Fire. November Community Day Bonuses are 1/4 hatch distance for all eggs incubated during the event.

Update: Niantic has confirmed that Infernape evolved from Chimchar will get Blast Burn as Community Day exclusive move!

Attention! Trainers who evolve Infernape during #PokemonGOCommunityDay or up to two hours afterward can obtain an Infernape that knows the Community Day exclusive move:
🔥🔥🔥Blast Burn🔥🔥🔥 pic.twitter.com/XG6cRGJsCU

Shiny Chimchar, Monferno and Infernape will also be released during the November Community Day. As with all previous Community Days, players will benefit from increased shiny odds during the event.

Shiny Chimchar, Shiny Monferno and Shiny Infernape sprites are available below, suitable for usage in info graphics and other media:

Chimchar is boosted by Sunny weather, which is rare in November. If you’re not extraordinarily lucky, or live in the South Hemisphere, chances are you will not have weather boosted encounters during the November Community Day.

You can find more information on Chimchar, Monferno and Infernape on our Pokemon GO Database: