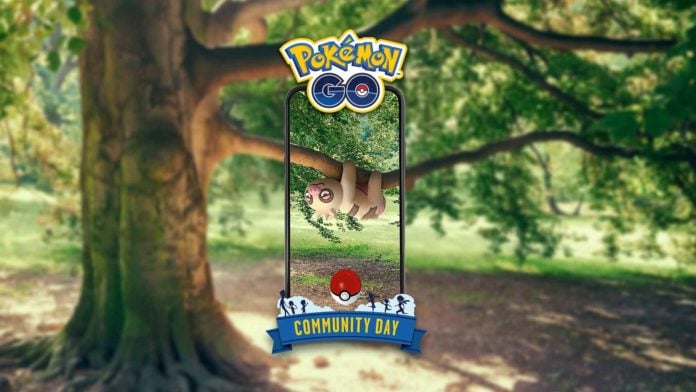 UPDATE: The make-up dates for EMEA Slakoth Community Day have been announced. From July 4th at 10:00 AM CEST through July 7th at 6:00 PM CEST, Slakoth will appear more frequently in the EMEA Region. Evolve Vigoroth into Slaking during this timeframe to get the exclusive Community Day move, Body Slam.

Well, it looks like June will be a bit on the lazier side as Slakoth Community Day has been announced! Per the last few Community Days, Slakoth Day has been scheduled globally for Saturday, June 8, 2019, from 3pm – 6pm (local time). During the scheduled three hours, Slakoth will appear more frequently in the wild, and you may encounter its Shiny form! Slaking evolved during Community Day will learn the Exclusive Move: Body Slam! 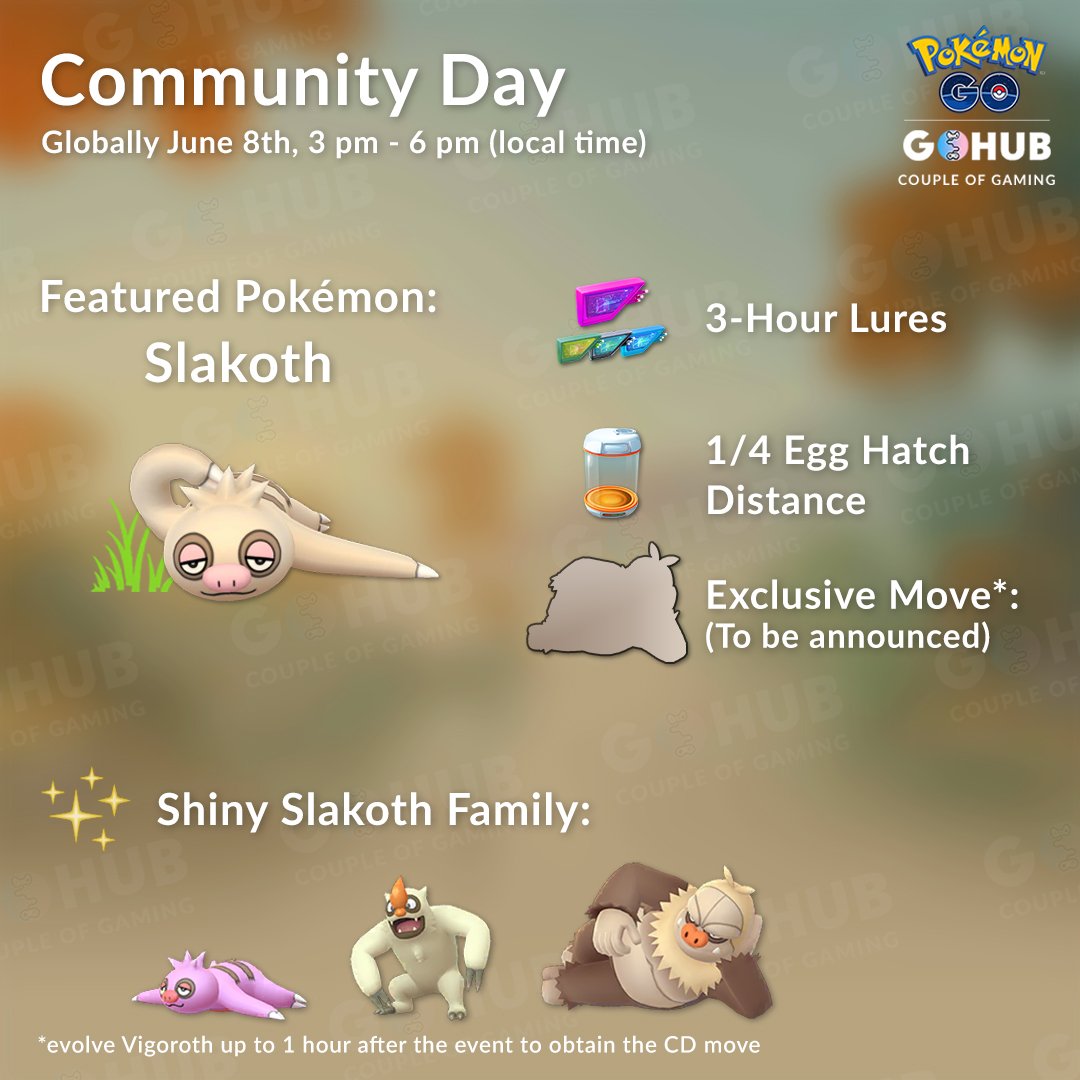 Below are Slakoth, Vigoroth, and Slaking’s normal and shiny sprites for comparison. As you can see, Slakoth is a bright hue of pinkish purple, which will make it EXTREMELY obvious when you find a shiny!

The numbers for Slaking have always been impressive on the eyes but, as we all know, its bark has always been bigger than its bite.

As we learned upon its initial release, Slaking was nerfed by giving it only one fast move, Yawn, and by reducing it’s stats slightly. Yawn is only available inside the Slaking family and deals zero (almost zero) damage, but generates 15 Energy every 1.7 seconds. In other words, Slaking can’t deal damage outside of it’s Charge move windows.

Currently, Slaking’s best moveset (and we use the term best loosely) is Yawn/Play Rough but it also has access to the following moves:

If…and only if, they decided to give Slaking a Fast Move, any fast move, (Scratch please!) this massive attacker will suddenly go from the worst Pokémon in your storage, to the worst nightmare for anyone or anything you are attacking! (aka…it becomes quite the viable attacker. Not to mention, Slaking takes neutral damage from everything but fighting-types.)

To evolve Slakoth to Vigoroth, you are looking at a mere, 25 Candy cost.

Vigoroth to Slaking, your standard 100 Candy.

Slaking’s CD Exclusive move is Body Slam! As shared by Niantic, Slaking evolved during the May Community Day will know Body Slam as a special move. 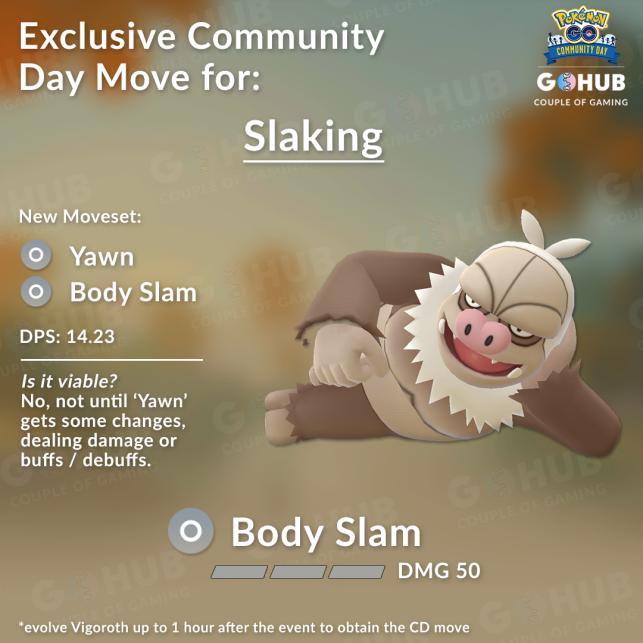