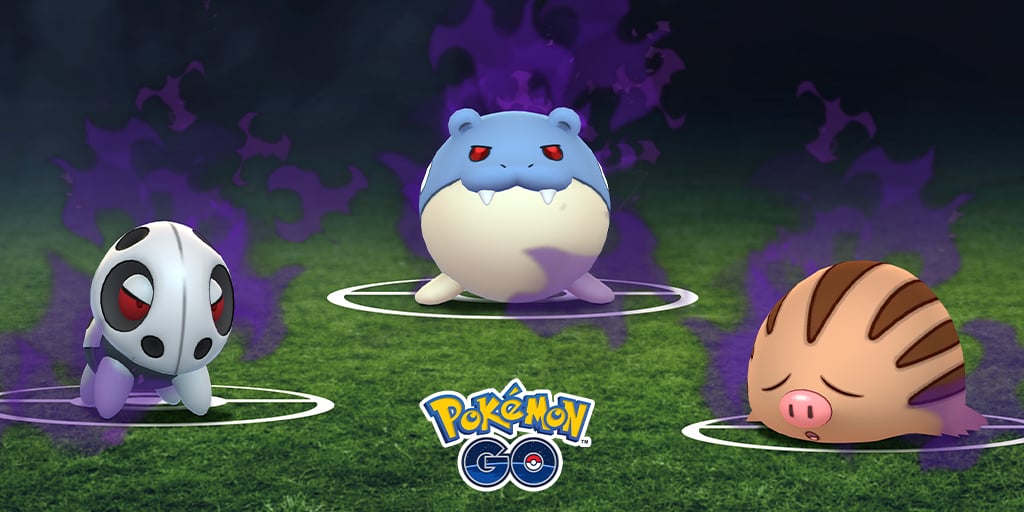 Team GO Rocket is celebrating—but why? It’s up to you to find out! Here’s what you can expect during the Team GO Rocket Celebration event.

Team GO Rocket Grunts will also have different teams of Pokémon during the event and after its conclusion. Keep a lookout for more invaded PokéStops and Team GO Rocket balloons than usual!

Be on the lookout for Pokémon like Golbat, Koffing, Ariados, Qwilfish, Sneasel, Houndour, Nuzleaf, Stunky, Skorupi, and Venipede appearing more often in the wild!

Strange Eggs will hatch different Pokémon during and after the event, such as Qwilfish, Larvitar, Corphish, Absol, Skorupi, Sandile, Scraggy, Vullaby, Pawniard, and Deino.

The following Pokémon will be appearing in one star raids:

The following Pokémon will be appearing in three star raids:

following Pokémon will be appearing in mega raids:

Event-exclusive Field Research and Timed Research will be available:

The Team GO Rocket Timed Research Challenge that begins during the Johto Celebration event will continue on during this event, and will reward an encounter with the Legendary Pokémon Ho-Oh that knows the exclusive attack Earthquake!

Half Egg Hatch Distance when an Egg is placed inside an Incubator during the event.