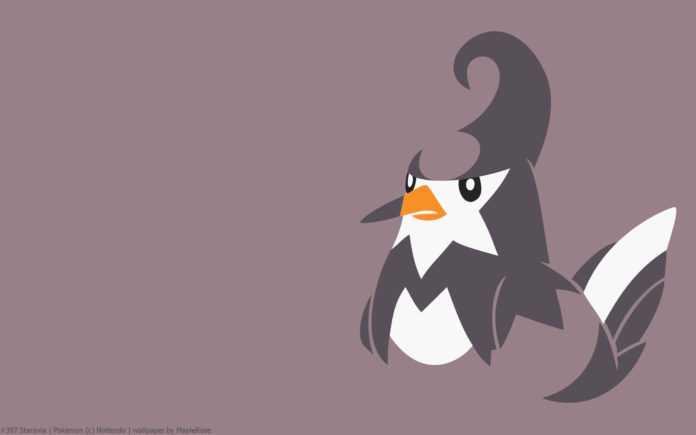 Pokémon GO Staravia is a Normal and Flying type Pokémon, which evolves from Starly and into Staraptor. It is expected to cost 50 candies to evolve to Staraptor, in line with Pidgeotto’s evolution to Pidgeot (the Starly line is essentially the Gen 4 equivalent of the Pidgey line).

Staravia’s max CP is 1170, and it has an ATK of 142, DEF of 99, and STA of 110. It will not be useful in the meta at all, but if you need to grind XP, consider using Pinap berries on Staravia to gain more candy for mass-evolving Starlies.

Staravia’s expected buddy distance is 1KM, the same as Pidgeotto’s.

As a first-stage evolved Pokémon, Staravia will not be hatchable from eggs.

It is highly unlikely that Staravia will be available as a raid boss.

For an overview of Staravia’s first stage evolution and its fully evolved form, please view the following guides:

Shiny Staravia’s appearance is similar to its original coloration, but it has a slight reddish-orange tint to its feathers that make it a richer shade of brown.

Staravia, like its pre-evolution Starly, is known as the “Starling Pokémon.”