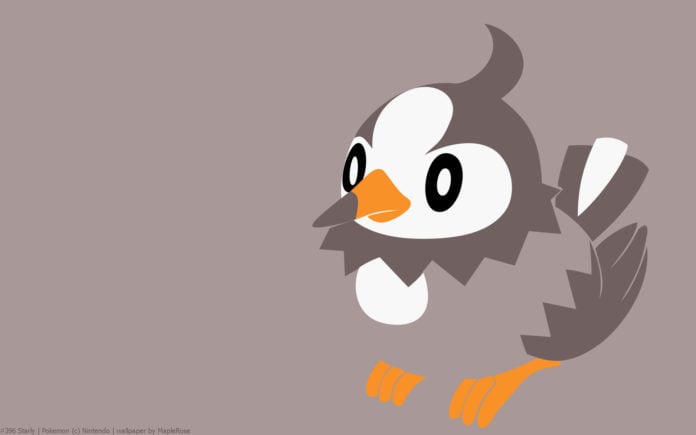 Starly has a max CP of 603, with an ATK of 101, DEF of 58 and STA of 80. Although Staraptor actually has a chance at being meta-relevant unlike the final forms of other bird Pokémon, Starly will likely be used mostly as evolution fodder for XP.

Starly is expected to be a 1KM buddy like Pidgey, Taillow, and Hoothoot.

It’s up in the air (pun intended) at this point about whether or not Starly will be hatchable from Eggs; Taillow is hatchable from 2KMs, and Pidgey was hatchable in the past as well. If it is included in the Generation 4 Egg pool, we can reasonably expect it to hatch from 2KM Eggs.

For an overview of Starly’s second stage evolution and its fully evolved form, please view the following guides:

Shiny Starly looks quite similar to a regular Starly, but its gray-brown feathers turn a richer, slightly more orange, shade of brown.

Starly is known as the “Starling Pokémon” for obvious reasons: