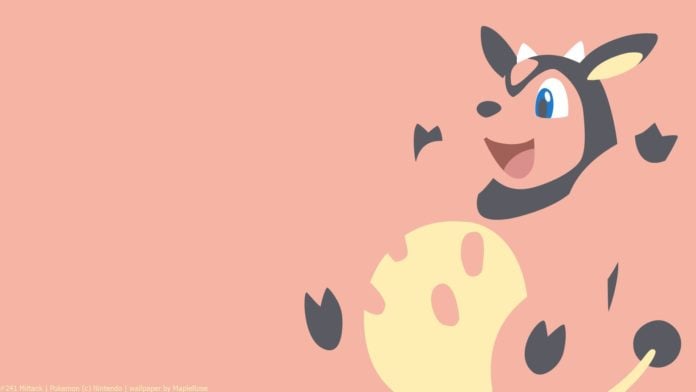 Miltank is a Generation 2 Pokémon that is making an appearance in raids as a Tier 3 Boss during the Valentine’s Day Event 2019. Miltank is a normal type, meaning it is weak to just fighting types, while only resisting ghost types. It is boosted by partly cloudy weather, has a Raid Boss CP of 14883, and leads to its capture CPs being in the following ranges:

Unlike its over-hyped friend Chansey, Miltank is actually a bit of a force to be reckoned with. It can still be soloed by trainers utilizing high level fighting type counters. However, it is nowhere as easy as Porygon and Chansey. Movesets, your choice of Pokémon, and their levels (hopefully all at or above level 30), can determine a successful solo or not. Be sure to take all of this into consideration.

None of these particularly change the counters, they merely determine how annoying of a boss it is. Its normal type STAB moves in Tackle, Stomp, and Body Slam are actually the least of your worries. The worst offenders to your team being the likes of any set with Zen Headbutt as a fast move, and sets with Ice Beam that shred any Breloom leads.

Partly Cloudy weather will allow for a boosted raid, although it will make it a bit harder to tackle if Miltank is packing normal moves. Otherwise, your best option will be to take Miltank will be in cloudy weather where the fighting types will go crazy with no repercussions. Since Miltank was given a wide and diverse movepool, nearly any weather can boost something, so pay attention to the skies trainers!
Advertisement