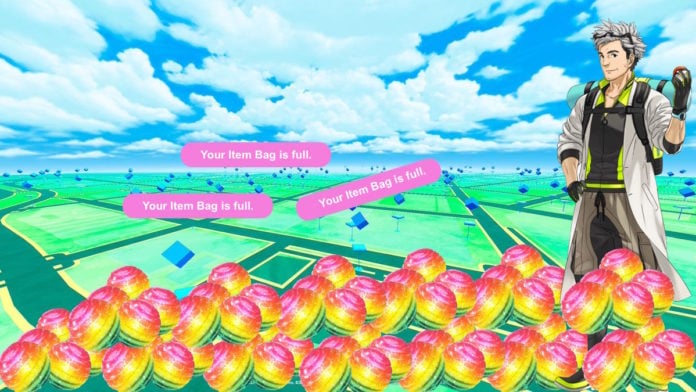 How many times have you looked at your rare candy count and thought: “Alright, I know I have to use them on something, but which Pokémon should be getting them?”.

I’ve had this problem for a while and that’s why I decided to write this article. We’ll see which Pokémon are worth spending rare candies on based on their performance in the meta or their rarity so that you have less trouble managing your bag space.

Best Legendary and Mythical Pokémon to use Rare Candy On

Legendary Pokémon are usually the safest rare candy investment, because unlike other species, you can’t catch them in the wild and they don’t hatch from eggs. So the only way of farming let’s say Rayquaza candies is by doing Rayquaza raids or setting it as your buddy and walking 20km to get one Rayquaza candy.

Mythical Pokémon on the other hand are a slightly different case. Some of them can be caught in raids (Genesect and Darkrai, for example) whereas others (such as Mew or Celebi) are unique and you can only get one of each.

Here is my shortlist of legendary/mythical Pokémon that are worth spending rare candy on and a short explanation of why they have been picked:

And some honorable mentions:

Alright, now it’s time to analyse which “regular” Pokémon are worth using rare candies on. Personally, I would save my rare candies for the Pokémon listed in the tables above. But I understand that some people want to finish their Pokédex or need some of the rarest Pokémon for raids or PvP.

If you decide to spend them in non-legendary and non-mythical Pokémon, in general the safest bet is to use them on pseudo-legendaries or very rare Pokémon that are viable in the current metagame.

Here is my shortlist, where I will be listing only the final evolution of the line:

I haven’t included things such as (Shadow) Metagross, (Shadow) Salamence/Dragonite, Chandelure and many others because (even though they still define the meta) there have been multiple events featuring their base forms in the past, so it was pretty easy to farm their candies.

Regional Pokémon can only be caught in certain regions of the world. Some of them (such as Pansear, Pansage and Panpour) even evolve. And the only way to farm their candies is by walking them as buddies or by giving them rare candies.

Some regional Pokémon such as Tropius are also pretty good in PvP. If you don’t have enough candies to power them up and/or give them a 2nd charge move, spending rare candies on them is not a bad choice at all. The only regional Pokémon that are somehow relevant in the meta are Tropius (PvP), Pachirisu (PvP) and Heracross (~PvP and PvE).

That’s it, trainers! Thanks for taking the time to read this article. I hope my shortlists helped you decide what to spend your rare candy on and manage your bag space better.

If you think I’ve missed anything, let me know in the comments section down below or tag me on Twitter.