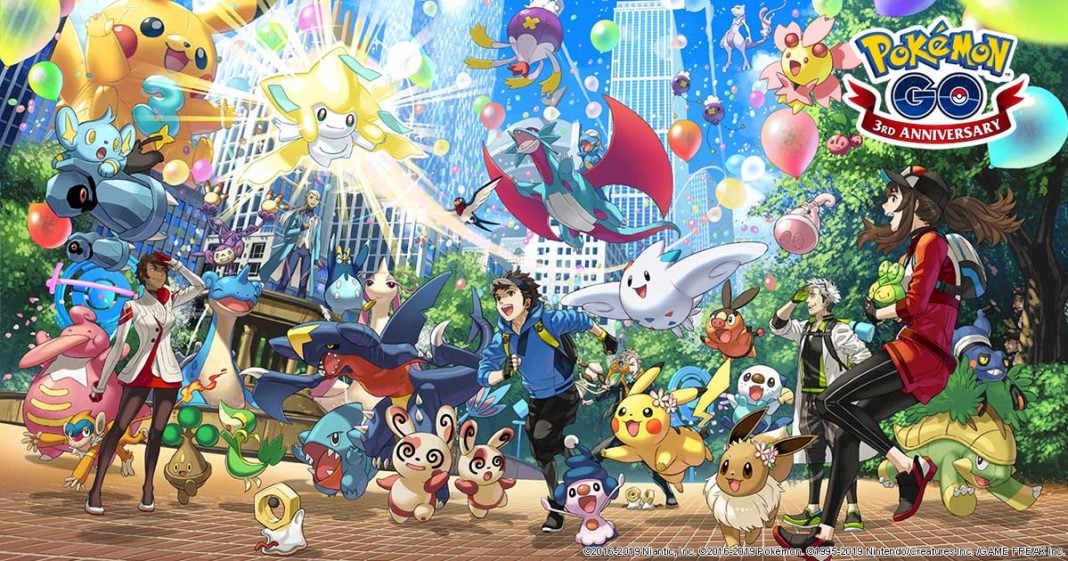 Pokémon Go’s Third Anniversary Event is here and will be celebrated with a load of events worthy of three amazing years of gameplay! It is quite an extensive list of offerings, so we present our exclusive event guide to help you plan during the festivities!

Note: This article will be updated as the event unfolds, as some parts of the event like the new Special Research will need to be investigated once the event goes live.

Starting the 28th of June, 1 p.m. PDT, all Alolan Pokémon will have a chance to be shiny! Additionally, this is a permanent feature, so there is no need to worry about missing out on finding one of these Pokémon, as they will always be around. We have the full list of Alolan Pokémon getting the shiny treatment, as well as a comparison chart for your viewing pleasure: 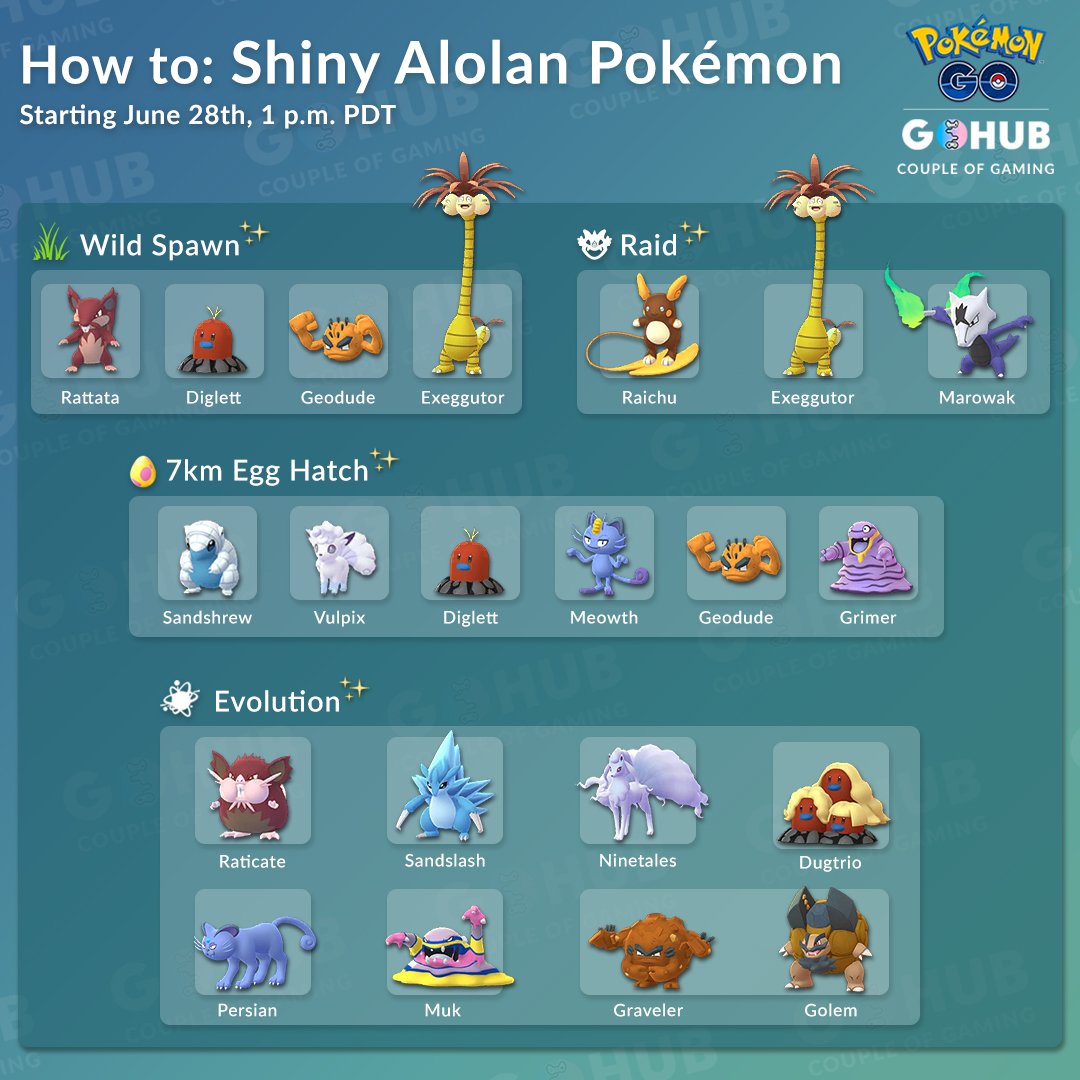 Ending on July 6th at 1 p.m. PDT, Party Hat Pikachu and Pichu will be making a return to the scene, with Pikachu appearing through Photobombs and Pichu coming out of 7km eggs! For this, we linked to the known photobomb tips and tricks as part of out Returning to Pokémon Go series, as well as providing what the Party Hat Pikachu and Pichu look like in regular and shiny forms, just in case Niantic puts out its shiny form.

As of now, we know very little about what the Raid Bonus will be. All we can do for now is again refer to what was said in the official announcement. This section will also be updated as reports come in after the event goes live.

Takedown Raid Bosses faster and earn extra bonus Premier Balls to catch them with when you raid with friends.

From June 28th to September 2nd, Niantic is reducing the cost of trading Pokémon by 25%, which is a substantial long-term discount. For those wondering how these will affect the stardust prices, we have done the math to come up with the following values: 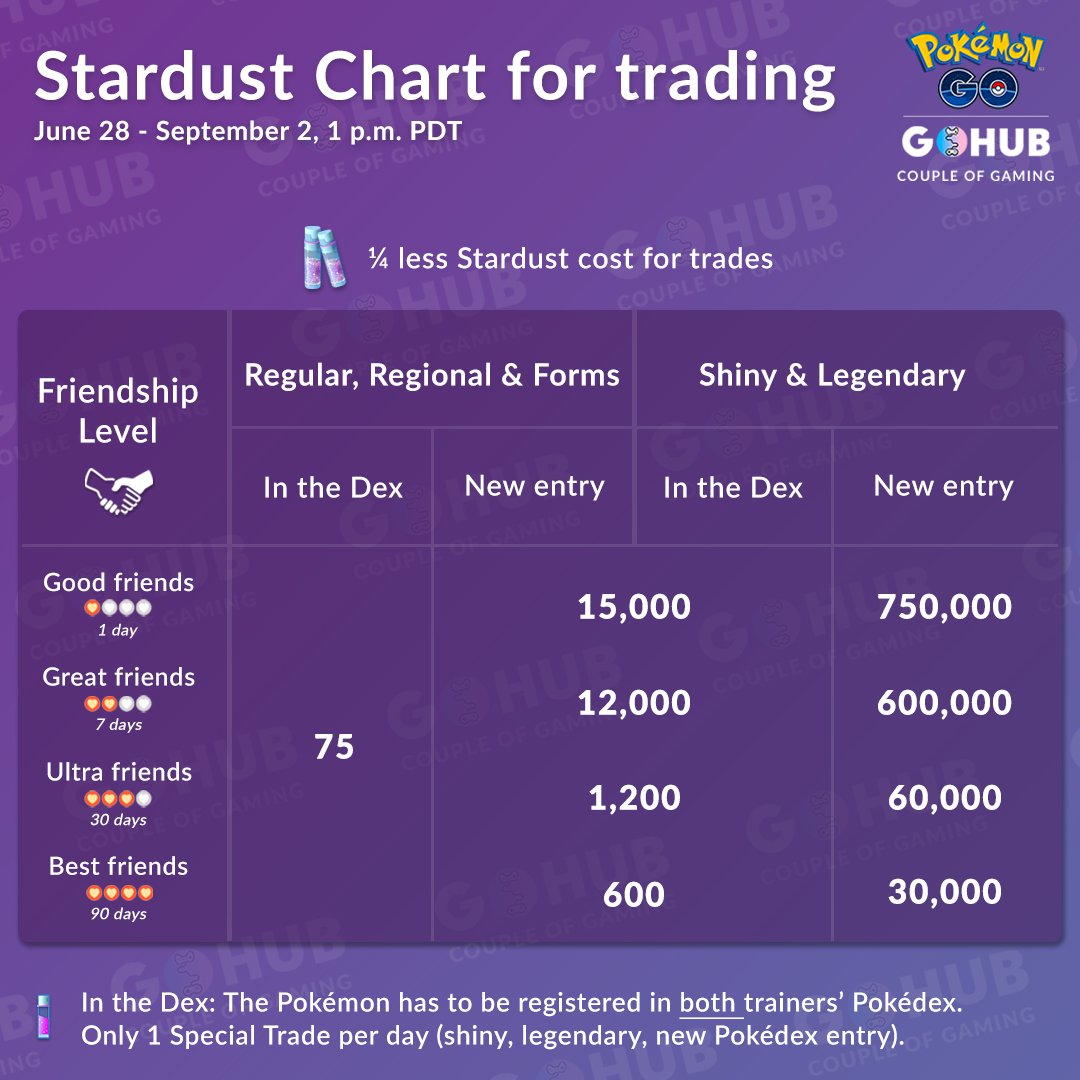 *just a reminder that the above graphic is for the 3rd Anniversary Event bonuses.