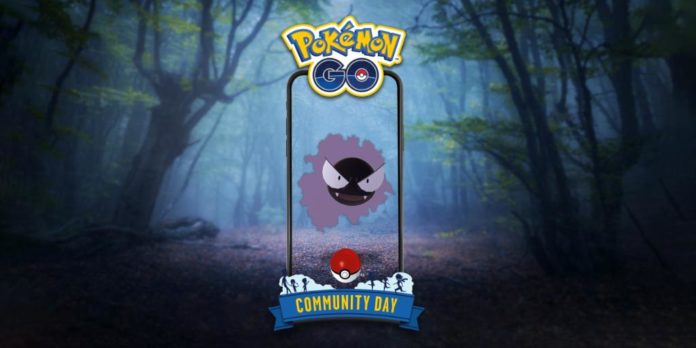 Gastly received a remarkable 32% of votes from trainers over Twitter, which is just behind Weedle’s 34%, meaning that Gastly would be the featured Pokemon for July’s Community Day event held on Sunday July 19th from 11am to 5pm, with the exclusive move Shadow Punch. The question is, is the move worthwhile?

Gengar’s preferred moves for PvP will be Shadow Claw, Shadow Punch and either Shadow Ball or Sludge Bomb, while for raids it’s best move set is either Lick or Shadow Claw and Shadow Ball.

Shadow Punch, of course, does Gengar no favours. Shadow ball is plenty. It does have a minor use; squeezing out one last fast attack before going down. Of course, typically Gengar gets 1 or 2 shot by whatever it’s fighting, in some cases like Confusion Mewtwo it barely has a chance, and the damage difference between Shadow Ball and Shadow Punch is major enough to make the latter not worth considering. Gengar’s still exceptional as a glass cannon in raids, but it doesn’t need Shadow Punch.

There’s a clear comparison to be made between Gengar and it’s pre-evolution, Haunter. Both share the same type, same moves soon, and will have near identical roles. What’s interesting is that Gengar gets a little more bulk than it’s younger self, meaning that it can win against Haunter, though it needs 1 shield as Haunter wins the CMP tie. This is important, as Haunter is a common lead.

Gengar shares a lot of the same positive and negative matchups with Haunter, notably performing well against Grass, Bug and Fighting Pokemon while performing poorly against Normal, Dark, Ground and Pokemon with Confusion. Notable wins are Azumarill, Meganium and Skarmory in the 1 shield matchup, while some harsh losses are Altaria and Galarian Stunfisk. Gengar will require a lot of skill and good team composition to master, but if you use Haunter you’ll be at home!

Gengar’s archetype is rarely seen in Ultra League aside from Charizard, so it’ll definitely be interesting. In a league dominated by bulk, glass cannons are a rare sight. Gengar will see some impressive wins, including against Psycho Cut Cresselia, Venusaur, and all Charm users. It’ll definitely pull it’s weight!

However, for as many strong wins it has, it suffers some painful losses, Obstagoon being one of the most severe. It also struggles against other glass cannons, such as Swampert and Charizard, as they can be faster to get their moves off. Gengar also retains it’s fear of Confusion, with some Cresselia sets and Armored Mewtwo being the main users in Ultra League. It can smack those two with a Shadow Ball if they’re no shield switch ins, though.

With all the legendary Pokemon, there’s no chance for Gengar in Master. It may see a mega evolution in the future, but the mechanics of which are fully speculative, so I won’t go over it here. Maybe Gengar would have better luck without any legendaries…

Gengar looks quite promising in the new Premier Cup, being a strong counter to common Fighting types such as Lucario and Machamp. A significant win is that it can beat a 2 shield Metagross with 1 shield, using Shadow Punch alone. Seeing as though Metagross is one of the most popular Pokemon in the cup (in theory), that’s no small feat! It’s counters and strong matchups seem similar to Ultra; Good against Charm, Grass and Fighting, bad against Dark, Normal, and high DPS Glass Cannons. It’ll struggle against several common Pokemon, such as Snorlax and Dragonite, but it’s strength and strong wins make it worth a shot.

While Shadow Punch may not change things much for Gengar raidwise, it’ll thrust it into the PvP spotlight to shine as a strong glass cannon, now that it has a baiting move. Being somewhat solid in 3 different formats is a feat matched only by Swampert, so it’s worth looking for some high quality Gastly to evolve this coming Community Day!