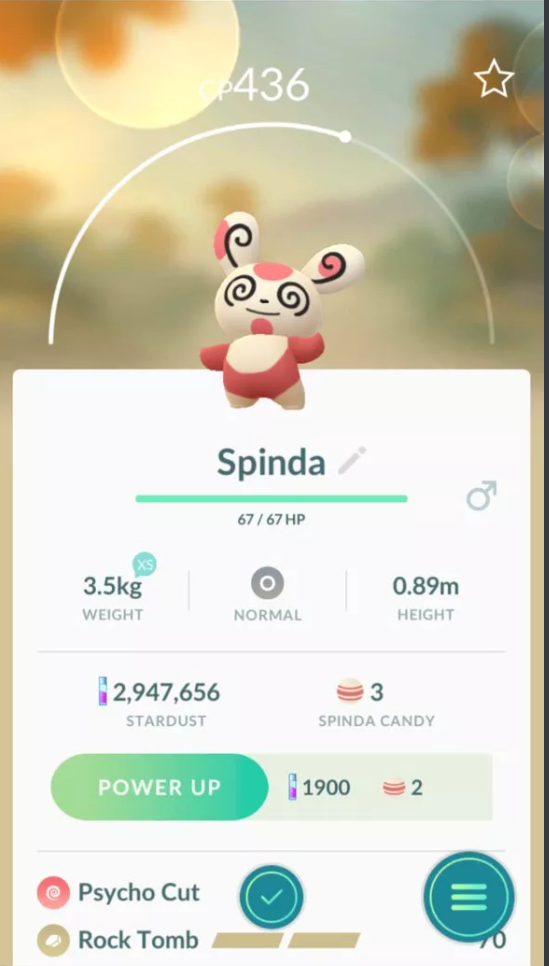 Trainers, we got hit with a whole bunch of news to coincide with the release of Raikou into the Field Research Breakthroughs. As you can see by the title, we can indeed confirm that Spinda, the previously teased multi-patterned Pokémon we saw in multiple APK mines, is now live, via the “Land 3 curveballs in a row” quest.

Currently, it appears as though the confirmed images only showcase one form of Spinda instead of the 8 leaked by Chrales, with the one being the adorable “soul patch” variant, however you will not find us complaining, any variant of this adorable unreleased Pokemon is fantastic news. For those wondering about proof, here are some screenshots, and for those wondering its CP range from research, here it is: Yes again, that title is correct, out of the blue, pun intended, shiny Houndour has made its way into the wild, and as the reward for the “Evolve a Meowth” quest that has come with Raikou. Houndour is a real easy pupper when it comes to seeing the differences in regular versus shiny forms, just swap the black on regular Houndour with a blue and there you go. There are other smaller differences, but that will be the major difference to watch for. For clarity, we will show proof of shiny Houndour, as well as a comparison.

Now, as for the second part of the title, Snubbull did indeed have its shiny sprites in the traffic, as per Chrales stream, and there are now a few images circulating of shiny Snubbull. The question mark comes as, unlike Houndour, there does not appear to be as widespread hype over it, as well as there is no video like Houndour had. However, the images appear legit, from a cursory glance, as well as the likes of Serebii, Leek Duck, and our very own Go Hub España showing evidence or confirming reports, so for the time being, we will be shiny checking the bulldog Pokémon. Proof and comparisons to follow:

As the original announcement stated it would, Raikou has brought along plenty of new quests and rewards for us to obtain, and we have compiled a known list of both the new quests, and their rewards. Note this is subject to change, as more information develops.

For the visually inclined, or those that wish to share to their groups, we present another wonderful graphic by Couple of Gaming: