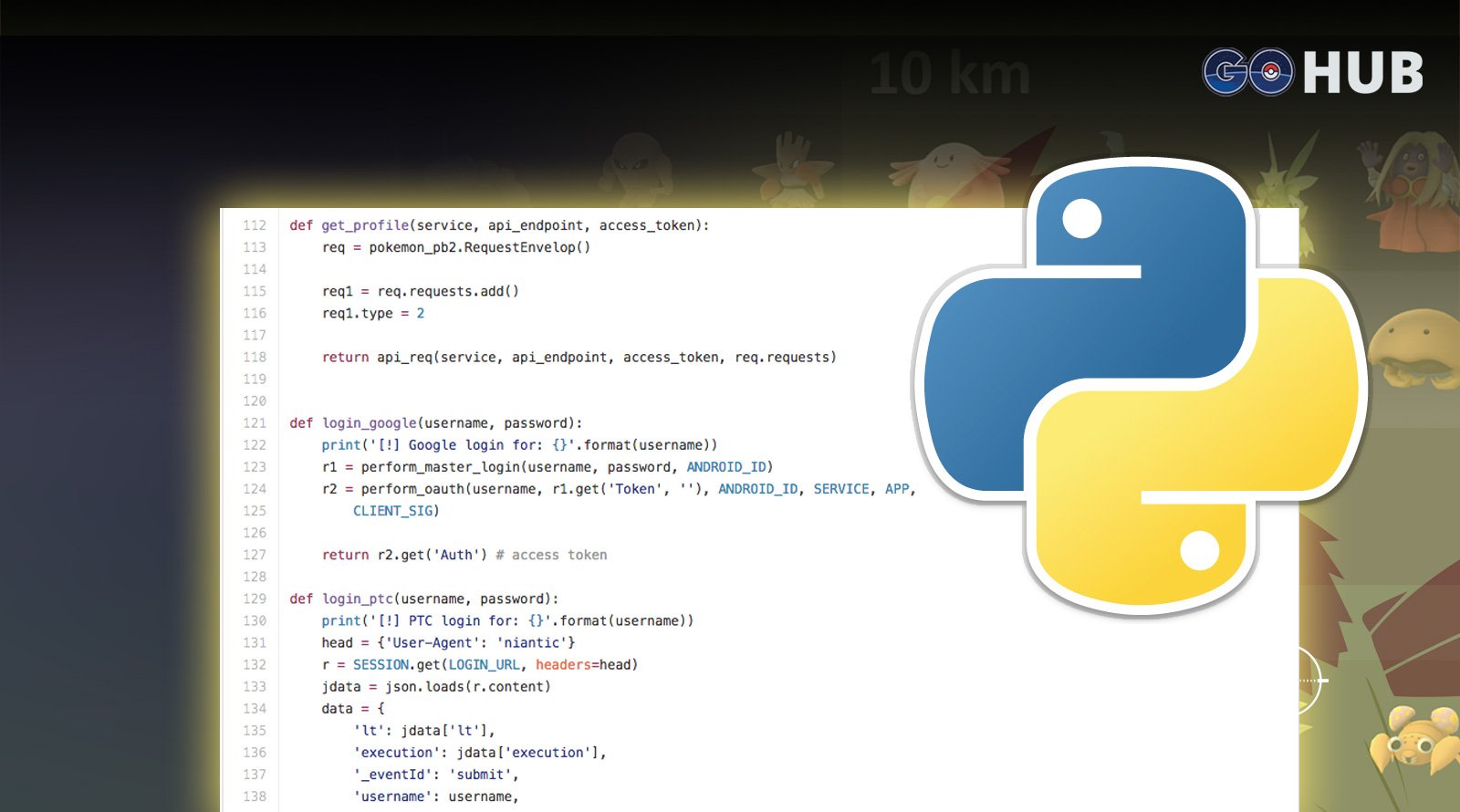 Ever since the launch of the game, Pokemon GO Python API was an interesting option for building Pokemon GO trackers and Pokemon GO map applications. As most popular software projects regarding to Pokemon GO are built in Python and then wrapped into Windows or web apps, today we’re listing the best of the best API projects.

The most popular and reliable Pokemon GO Python API that allows automatic parsing of protobuf objects from network requests and responses. The project supports both Python 2 and 3, enables you to login via Google Authentication or Pokemon Trainer Club authentication and it even allows chaining of RPC calls. It relies on POGOProtos repository for RPC decoding and parsing. The entire API is well documented and the project supports most of the methods that Pokemon GO server side exposes.

As the author says, you can view this as an advanced and cleaned up version of the pogoapi by tejado, based on object-oriented principles and ease of use. The repository covers most of the gameplay requirements, it’s commonly used for small utility apps like PokeManager.

Installed with pip and Python 2.7, this project is unfortunately no longer maintained. As the author states:

“i no longer have time for this project, once i have the hype is over and nobody needs this files, do your best .. files are old backups that are working but in need of many bug fixes. should be only touched by users who know how to fix UGLY, sometimes it works … sometimes its not :)”

Although not an API per se, the PokemonGo-Map has been a break through success among the homebrew trackers community. Based on Python 2.7, the repository provides a great amount of examplary code on how to integrate Google Maps with pgoapi, how to display and visualise Pokemon and how to develop an intermediate difficulty Python solution.