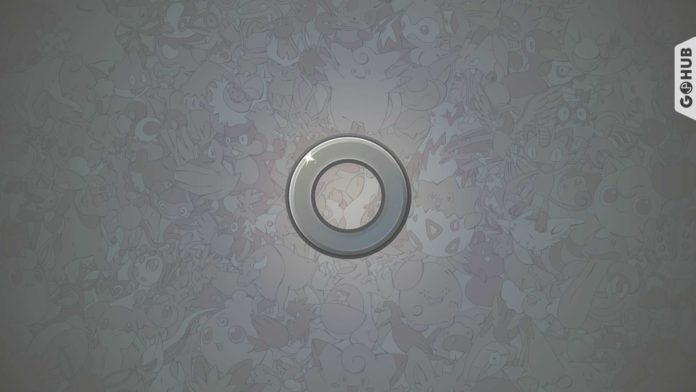 Typically the first type of Pokémon trainers are introduced to after their starter; Normal-Type Pokémon are often overlooked purely due to their typing, as they will either only benefit from same type attack damage (STAB) or super-effective damage. This, in itself, limits their viability. For this reason, unlocking the second charge move will prove most useful. They tend to have lower base stats, often favoring defense and hp. With that in mind, they have some of the more diverse movesets compared to any other type and could fill a missing gap in your team.

Normal-Type moves are not super-effective against any type, and are resisted by rock and steel. Ghost-type has immunity to Normal-type attacks. As a fast move, this type vastly limits your coverage against opponents. Taking advantage of these diverse movesets is vital. Many have access to ghost, psychic, and even dark-type fast attacks that can hit for super-effective damage against opponents. As for charge attacks, Body Slam is a move that many of these types have access to. This three bar charge move has a low energy cost and can either be used to wear down shields or hit opponents for a respectable amount of damage. Hyper Beam being the strongest hitting move in the game, gets further boosted from STAB, dealing massive damage with any normal-type Pokémon. This move gets the most value when the opponent’s shields are depleted.

These types will be punished against Fighting-type Pokémon. Ghost being immune to normal-types works vice versa and can catch an opponent off guard with either Ghost-type or Dark-type fast attacks. In Great and Ultra League, a Normal-type Pokémon in any team can be good at either leading the battle or following second. Most of these Pokémon will either be breaking shields, or sustaining the battle out long enough to plan the next move. There is an overlooked benefit to leading with a Normal-type Pokémon. They have a low chance of taking super-effective hits while being able to deal them out. If this causes your opponent to switch, you can follow up with a super-effective attacker or stick with the normal-type and take advantage of the second charge move. Most normal-type Pokémon will have trouble in Master league due to low base stats.

Few Pokémon can achieve level 40 and be as close as Delcatty to 1500CP. Balanced in both attack and defense stats, this Pokémon will fair well in this league having access to both fairy and Electric-type attacks. As a fast move, Feint Attack charges fifty percent faster than the other option, Zen Headbutt. Delcatty also has almost as many hit points as Miltank in this league.

This Pokémon will do well, because of it’s bulk and ability to use Body Slam quickly. Lick is favored here as it accumulates energy faster than Tackle, and has a better chance of hitting for super-effective damage against types. Body Slam can be used for damage or breaking shields, while bulldoze can be used against Pokémon who resist Normal-type moves.

Snorlax reaches much higher combat power than Munchlax, giving it the ability to perform similarly in master and ultra league battles. Not having access to Bulldoze; Heavy Slam is a great second choice as it has the second lowest energy cost in its move pool. Outrage will prove much more useful in master league considering all the dragons that populate it.

Accessing the best fast attacks in PvP, Ursaring is a powerful normal type attacker in any league. Shadow Claw will particularly do well in ultra, taking into account the psychic and ghost types that populate the league. Counter will do better in great league considering how many types have weaknesses to Fighting-type attacks in that range. Both Play Rough and Close Combat are its lowest energy cost charge moves with good coverage combined. The benefit of having Play Rough initially is, that it holds up against dragons that dominate these leagues as well as the lowest energy cost.

This normal-type Pokémon will do wonders in great league. Having access to one of the fastest energy gaining fast moves, Counter; it will be able to use either Body Slam or Brick Break in quick succession to wear down shields. Both charge moves are low energy cost and when paired together, can catch an opponent off guard by switching attacks.

A successful Giratina counter, Zangoose will do well against any Ghost-type matchup it faces. Although building energy at the same rate, Shadow Claw is favored over Fury Cutter in terms of damage and having fewer resistances. Pairing it with the lowest energy cost charge moves, Night Slash and Close Combat, is advantageous against Pokémon normal-types would otherwise have trouble with.

There are more options for a Normal/Flying-type Pokémon, but none other than Staraptor possess the ability to use Close Combat. Aside from being able to possess a dual flying-type moveset, it gains a ground immunity to pair with its ghost immunity. This Pokémon can hold its own against Fighting-types while also being able to challenge one of its weaknesses in rock-type. This Pokémon will use at least a shield due to the amount of time needed to use a charge move.

Miltank is a great choice if Snorlax and Munchlax become difficult for one to attain. It has pretty good bulk that will help sustain it in battle. Zen Headbutt and Tackle have a minimal difference in damage per second and the same energy gain per second. This Pokémon has great versatility when looking at its charge moves. It has access to Thunderbolt, Ice Beam, Body Slam, and Gyro Ball. Miltank‘ s greatest strength lies in its move diversity. All moves are very viable and can be adjusted on a case by case scenario to fit one’s team.

As other Normal-type Pokémon, Noctowl has great versatility. It is a great counter to use against anything weak to flying. It also possesses the ability to greatly punish Fighting-types with any combination of moves, excluding Night Shade. Wing Attack and Extrasensory are very similar in terms of damage and energy gain. Sky Attack has the lowest energy cost out of the three available moves. Night Shade is good for neutral damage when the opponent resists Flying-type attacks and Psychic is a powerful move with slightly higher energy cost. With the amount of bulk that this Pokémon has, it will be able to hold it’s own in battle while dealing significant damage.

With the recent addition of Power-up Punch, Kangaskhan has risen to one of the best normal-type Pokémon in great and ultra league battles. Pairing it with Low Kick will ensure the fastest activation along with having dual Fighting-type attacks. This can be paired nicely with Outrage for high damage and coverage, or Crunch for an additional shield breaking option.

Not many Pokémon can reach a high enough combat power viable enough for a Master League battle, but Porygon-Z is one of the exceptions. Although being able to reach a high enough combat power, this Pokémon does not have much survivability and will take damage quickly with such low defense. It will shine when one’s opponent is out of shields and can use Hyper Beam dealing massive damage. Alternatively, Blizzard has the lowest cost compared to the rest of the moves and can help if about to faint. Charge Beam will serve better as it gains energy the fastest, but could be substituted for Hidden Power Ice to become a dragon-type counter.