A Speculative Analysis on the Hisuian Dragons 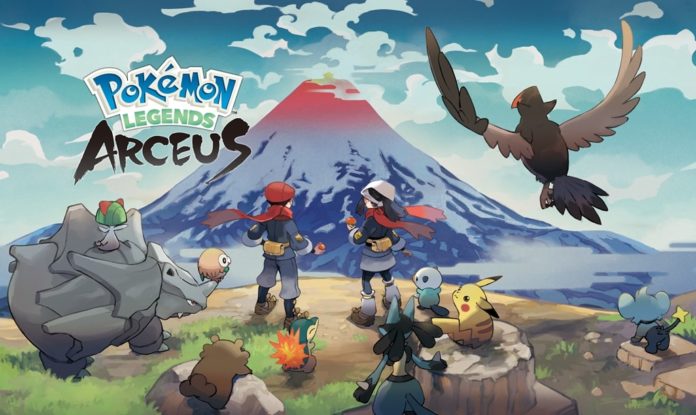 Hisuian Electrode in PvP: Under The Lights

Houston…umm, Hisui, we have a problem.

Right off the bat, let me state the no obvious fact: Pokémon Legends Arceus (PLA) is awesome. It has been one of the best mainstream Pokémon games out of the franchise and the game completely deserves the spotlight and hype.

PLA has brought about many unique features and an exciting playstyle to the forefront and among these many exciting stuff, there’s the main part of any Pokémon game… the Pokémon themselves!

PLA has introduced regional forms, new evolutions and new Pokémon altogether. Needless to say, they are all bound to arrive in Pokémon Go sooner than later as a Hisuian form (Voltorb) is already in the game.

In fact, Go Hub has recently published a very helpful article that higlights the stats for the Hisuian monsters in Pokémon Go.

Among all the new entrants to the meta, I will put emphasis on the 4 Dragon types from Hisui: Hisuian Sliggoo, Hisuian Goodra, Dialga Origin and Palkia Origin.

It certainly looks like the dragons have it good in PLA! The first ever regional pseudo legendary line and 2 of the most powerful legendary mons. But do they replicate the success of their OG forms in the meta?

Do note that we don’t have the movepool of the Hisuian dragons just yet but we do know the set of moves they can learn in PLA. And this is where we have a problem… a major problem:

No Dragon Breath or Dragon Tail in Legends Arceus!

Technically, any Pokémon in Go can learn only those moves that it learns in the Main Series Games. Being Hisuian mons, these Pokémon in Go essentially shouldn’t learn Dragon Breath/Tail. So, umm, no Dragon fast moves for our Hisuians.

I’ll be back to analyse these dragons once we have all the moveset details but for now, we can only speculate what they would feel like in Pokémon Go.

With that being said, let’s dive in and find out what good ol’ Sinnoh (see what I did there?!) has to offer!

Goomy usually maintains its pure Dragon typing throughout its evolution (why not Dragon/Poison or Dragon/Fairy??!!) and this has been a huge miss for so many Pokémon trainers from all around the world.

But in Hisui, Goomy goes half metal alchemist mode as it gains the very coveted Dragon/Steel typing as a Sliggoo and Goodra! This is an absolutely amazing type combination and is presents an exciting prospect for these dragons in PvP. It does… it should, right? Right?

Well, let’s do the tale of the tape between the two different forms.

I had analysed Goodra in the meta and it is a beast in PvP, particularly in the Open ML format!

It goes without saying that Goodra has better stats than its Hisuian variant, having more offensive and defensive prowess to its credit. But H. Goodra has a trump card up its sleeve: the Steel sub-typing!

This is undoubtedly a mighty impressive set of resistances! While Goodra has a tad better stats, H. Goodra is no slouch either. It is still a bulkier mon than Dialga and can put in quite a weight around the PvP meta.

But all of that boils down to its movepool in Pokémon Go. While we don’t have those details yet, let’s see what notable moves Hisuian Goodra can learn in PLA that can be applicable in Go. Do note that this is just speculation and Niantic can throw us a curveball and give some other irrelevant move altogether! But I’m going to give them the benefit of doubt and check out reasonable moves that H.Goodra may learn:

There are other charged moves like Hyper Beam, Thunderbolt, Bulldoze, Flamethrower that I didn’t write and hope don’t get included in Go. Some I wrote because they get STAB but that’s about it.

Bubble lacks STAB for H.Goodra but it is the most energy-efficient Water type fast move in the game right now. With a [DPT/EPT] set of [2.33/3.66], Bubble would not be as damaging as Dragon Breath (not even close) but generates energy at a fast rate. Note that DPT denotes Damage Per Turn and EPT denotes Energy Per Turn.

Iron Tail with a [DPT/EPT] of [3.00/2.00] might have STAB but it’s just so underwhelming. H.Goodra would be better off with Bubble anyday.

Coming to the charged moves, we can expect either Draco Meteor or Outrage to be added to the mix (buff Dragon Pulse pleaseeee!!!). Iron Head is not nice but this also sounds like a reasonable inclusion into the movepool.

Charged moves that would make for a good addition include Ice Beam, Rock Slide and the elemental punches.

All of this could potentially give Hisuian Goodra a decent showing in all three PvP leagues due to its bulk and typing.

A lvl 50 Hisuian Sliggoo can find play in the Ultra League, unlike Sliggoo.

It is worth noting that H.Sliggoo’s movepool is more or less the same as H.Goodra.

Therefore, with a better typing and max CP suitable for UL, H.Sliggoo can find some spice play in this format.

Dialga Origin looks super weird and is a bitter pill to swallow (see what I did there?!) for fans who love Dialga.

Let’s see how this Dialga squares off against the Dialga we all fear and love in ML:

Dialga Origin gets bulkier and actually loses 5 points in ATK. Furthermore, Dialga Origin doesn’t learn the coveted Dragon Breath that makes Dialga all the more dangerous to go up against.

With a loss of ATK (although insignificant) and lack of Dragon Breath, Dialga-O already looks meh in comparison to Dialga. Or is it really? After all, Dialga-O barely loses out much in ATK but gains an appreciable amount of DEF while maintaining the same HP.

Does it have any moves in its learnset that can salvage it? Let’s find out!

Okay… okay, this looks interesting; and there’s only 1 reason for that: Shadow Claw

A Ghost type fast move with a good generation is a blessing to any Pokémon that has a place in the PvP meta. Shadow Claw FTW!

Coming to charged moves, Dialga-Origin can maintain its Iron Head and Draco Meteor and still be good. Or, it can learn Dragon Claw in place of Draco Meteor to compensate for Shadow Claw’s lack of STAB and take advantage of its energy gains.

Holy Umbridge, that’s a Centaur? How’s this thing a Dragon type? What is this? What’s happening? Buuuttt, still looks better than Dialga Origin though!

How does this Palkia compare to the severely underrated Palkia in ML?

Palkia Origin is a straight upgrade to Palkia in terms of stats. It gains a monstrous 286 ATK and higher bulk. So how does Palkia-O stack up against Palkia-with-hands?

Palkia-O has more or less the same moves as Dialga-O and Shadow Claw is once again the best-case scenario in terms of the fast moves.

Palkia-Origin can retain Aqua Tail and spam it well with Shadow Claw. It would come as a pleasant surprise to many that Dragon Claw and Aqua Tail are clones of each other in terms of DMG (50) and energy required (35).

While Dialga Origin takes on more of a defensive standpoint, Palkia-Origin is a brutal attacker. The Water/Dragon typing isn’t appreciated enough. Sure, Dialga-Origin might have more of an impact but Palkia-Origin would be on a league of its own!

It should be clearly understood that this is a speculative article and is the best-case scenario for these Hisuian dragons.

Will they get screwed up? Possible.

Will they be as good as we hope? Possible.

Both the Origin and base forms of D&P learn their signature moves: Roar of Time and Spacial Rend, two devastatingly powerful moves in the MSG. We are yet to see how their stats would play out in Pokémon Go.

Be it the stats of the signature moves or the movepool revel of the Hisuian Pokémon, I’ll be back to give you a detailed analysis of how they perform in the meta.

For now, Arceus Legends is a major success and we hope for such amazing games from the Pokémon franchise in the future!

Here’s looking forward to a meta-shaking inclusion of the Hisuian Pokémon!