Who let the houndoom out?

It’s not easy utilizing a Fire type Pokémon in Pokémon GO. We often have to be strategic when it comes to using a Fire type. Personally, I find myself benching them. Despite having incredible power, they are not my first choice for my team. That changed when I evolved my Houndour into a Houndoom.

Houndour don’t really appear in the wild as often as Pidgey or Sentret here in my area (Although now I wish it would). Since the Second Generation was only released recently, it was not easy to collect a lot of Houndour candies. Luckily, there’s the Pinap Berry that makes it less difficult.

I’ve used the First Generation Fire types like Charizard, Arcanine, and Rapidash. They were impressive, but not as impressive as Houndoom. Here’s some things you trainers should remember: 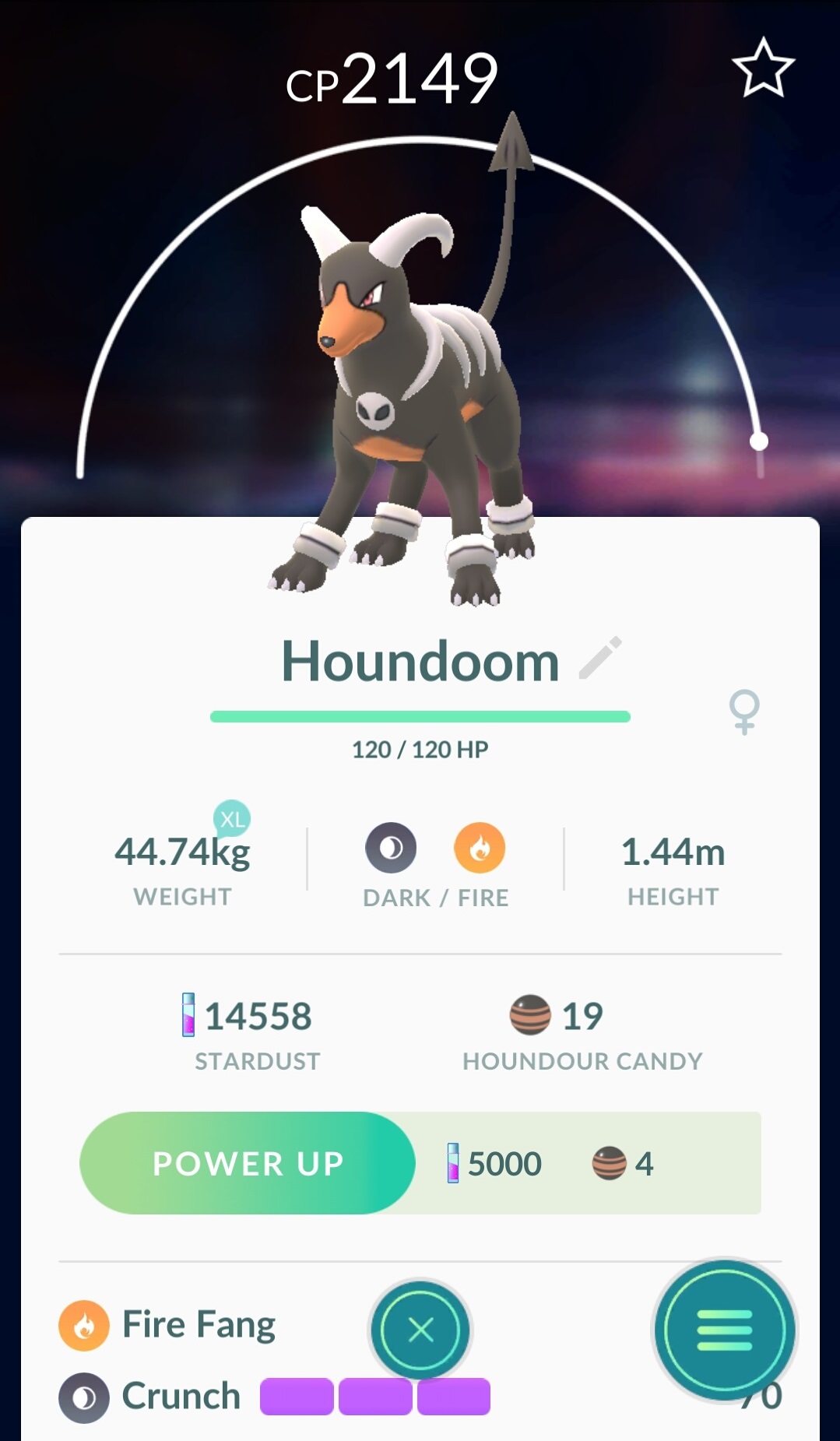 Houndoom is now part of my attack team. Its awesome damage is best used with its trainer behind it. Unfortunately, every battle has its wins and losses. Here are some advantages and disadvantages you should keep in mind if you decide in putting Houndoom in your team:

Houndoom I choose you!

If you’re still looking for a Fire type Pokémon for your team, I encourage you to take Houndoom into consideration. Put your Houndoom in your attack team and go dominate over gyms. I guarantee that Houndoom will help you conquer gyms.

I can’t stress this enough, do not put your Houndoom as a defender. Use it to demolish high level gyms. It won’t do much as defender.