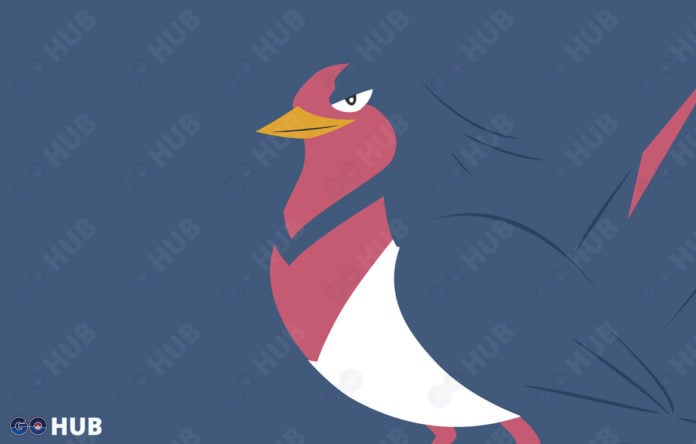 Taillow is the very first Pokémon that Ash caught in the Hoenn Region. In Pokemon GO Taillow has dual typing: normal and flying. It’s evolved form, Swellow shares the same type, but unfortunately comes with a laughable Max CP of 1747.

Its stats are low in all fields. Therefore, Taillow and Swellow are your typical catch-and-transfer Pokémon in Pokemon GO, just another Pokémon to fill in entries on the Pokédex.

Those birdies love both Partly Cloudy and Wind weather.

Swellow is not a great addition to Pokemon GO, and it wont appear in any of the tier lists. Its Max CP of 1747 is too low for pretty much anything, and has a rather low STA (120) and DEF (130) stats. Its mediocre ATK (185) does not really add much to its performance, especially due to it’s easily countered typing. It is not good for attacking almost any Raid Boss (Caterpie maybe).

So Swellow is basically yet another other Pokédex filler that have been oversold by the cartoon series.

Swellow best moveset is a solid one, benefiting from STAB and with above average DPS. However, due to weak stats its another wasted potential.

When it comes to charged moves Sky Attack outranks others simply because of very high DPS even though they all benefit from STAB.

In the Pokémon series, a shiny Swellow made a television appearance on the 359th episode of the Pokémon series (Advanced Generation: Episode 85) titled, “Sky High Gym Battle!” When Ash battled with Fortree City Gym Leader Winona for his Feather Badge.