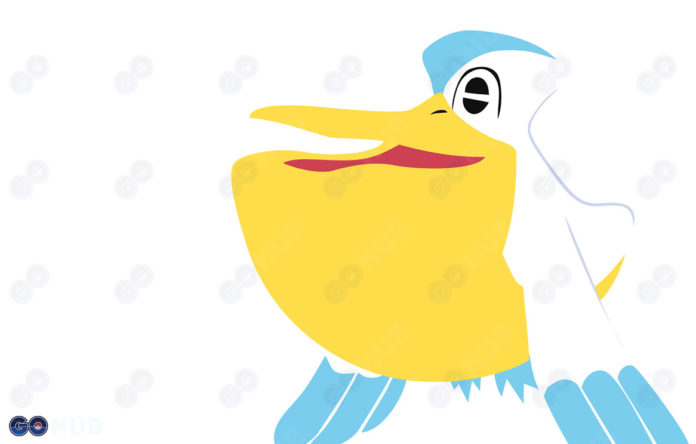 If you’ve played Pokémon on any handheld console, you’d probably have an idea how useful this Pokémon is… it’s not, not at all. We can see resemblance of that irrelevance in Pokémon GO also. They are both usefull only for their Pokédex entry and Stardust farming.

It may have awesome dual water flying type, but it doesn’t have any good stats to back it.

Both of those can easily be found in Rainy and Windy weather.

It has awesome wuick and charged moves, but unfortunately, there is no place for this Pokémon on the tier lists. It’s purpose in the game is to provide some Stardust and fill it’s slot in the Pokedex.

Also, there are no known future evolution for Pelipper. So, once you record Pelipper in your Pokédex, well… that’s basically all there is.

Both Quick moves benefit from STAB but, unless you are preparing your Pelipper for attacking Tyranitar in Raid battle, Wing Attack simply pulls out more DPS combined with any charged move.

When it comes to Charged moves only Blizzard doesn’t benefit from STAB. Hydro Pump and Hurricane are both awesome, but Hydro Pump does over 10% more DPS.

A normal Wingull has white feathers almost all over its body. It has light blue-tipped feathers, and light blue stripes near the tips of its long, flat wings. A normal Pelipper also has white feathers. It has blue crest on its head, blue colored wing tips, and blue feet. It also has a large yellow bill that extends along its underside.