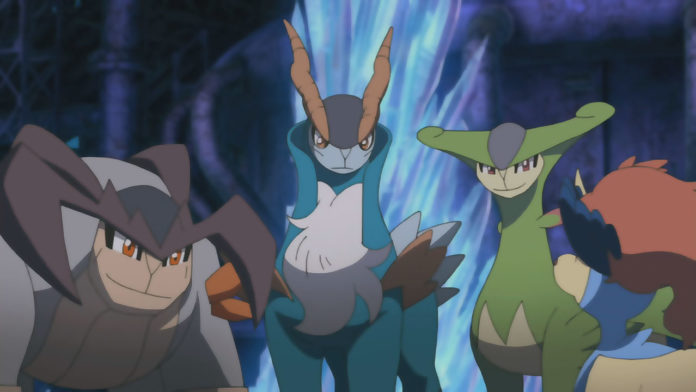 “All for one and one for all!” ― Alexandre Dumas, The Three Musketeers

Cobalion, Terrakion, and Virizion are 3/4ths of the Swords of Justice Pokémon and are the latest Legendary Pokémon to make their debut in Pokémon Go and I’m here to talk about where they stack up against each other and the meta in general.

“It was one of those events which decide the life of a man;” ― Alexandre Dumas, The Three Musketeers

It becomes clear very quickly that Terrakion is the best of the three by far.  With attack stat of 260 it far outclasses both Cobalion and Virizion and their paltry attack stats of 192 each.  While Terrakion will become the 2nd best rock attacker in the game behind Rampardos, boasting an attack stat of 260 and respectable Defence and Stamina to back it up.

“I have taught you how to handle a sword; you have thews of iron, a wrist of steel.” ― Alexandre Dumas, The Three Musketeers

Again, Terrakion comes out way ahead with the moves it got.  Smack Down / Rock Slide is arguably the best Rock move-set in the game currently.  Close Combat and Earthquake are great charge moves in their own right, but they don’t serve much of a purpose on Terrakion.

Cobalion got a double Steel move-set but it’s not a very good one.  Close Combat and Stone Edge are great moves but don’t serve much value.

Virizion got the real short end of the stick here, not even getting a Grass or Fighting type quick move.  Leaf blade is a good charge move, especially for pvp.  The rest of the moves are throwaways, as without a good quick attack the rest doesn’t really matter.

Terrakion is the only one of the three that really has any value in the Raid and Gym meta.

Terrakion comes out as the 2nd best Rock type attacker in the game coming in behind Rampardos.  So it’ll be worth trying to grind out a couple of good ones to power up, especially if you don’t have a good Rampardos.

Cobalion winds up falling behind Aggron as a Steel type attacker, and we won’t talk about where it ends up on the Fighting type scale.

According to the rankings on pvpoke.com (with all of Gen 5 included), none of the three have much worth in any of the leagues aside from maybe Virizion in Ultra league but even then it’s outclassed by Frenzy Plant Meganium and Frenzy Plant Venusaur.

Cobalion has a total ranking of 131st in Ultra League, and 90th in Master League

Terrakion has a total ranking of 342nd in Great League, 282nd in Ultra League and, 80th in Master League

Virizion has a total ranking of 61st in Great League, 24th in Ultra League, and 64th in Master League.  So if you’re lacking a good pvp Venusaur or Meganium, Virizion might be a worthwhile investment if you battle in the Ultra League.

“The merit of all things lies in their difficulty.” ― Alexandre Dumas, The Three Musketeers

All three of the Swords of Justice Pokémon can be taken down with 2 to 5 trainers under the right conditions and the right counters.  Speaking of counters check out our raid counter guides here:

“People, in general,” he said, “only ask advice not to follow it; or if they do follow it, it is for the sake of having someone to blame for having given it.” ― Alexandre Dumas, The Three Musketeers

Terrakion is the clear champion of the Three Swords of Justice Pokémon, with the best stats and the best move-set out of the group.  Virizion could play a role in the Ultra League of pvp, but aside from that it doesn’t provide much value, and Cobalion just falls short across the board.

Which of the three is your favourite?  How long do you think it will be before we see the Mythical Pokemon Keldeo, the 4th and final member of the Swords of Justice Pokemon?

Let me know in the comments and, as always, stay safe out there trainers.

Quotes from the Three Musketeers found on Goodreads.com