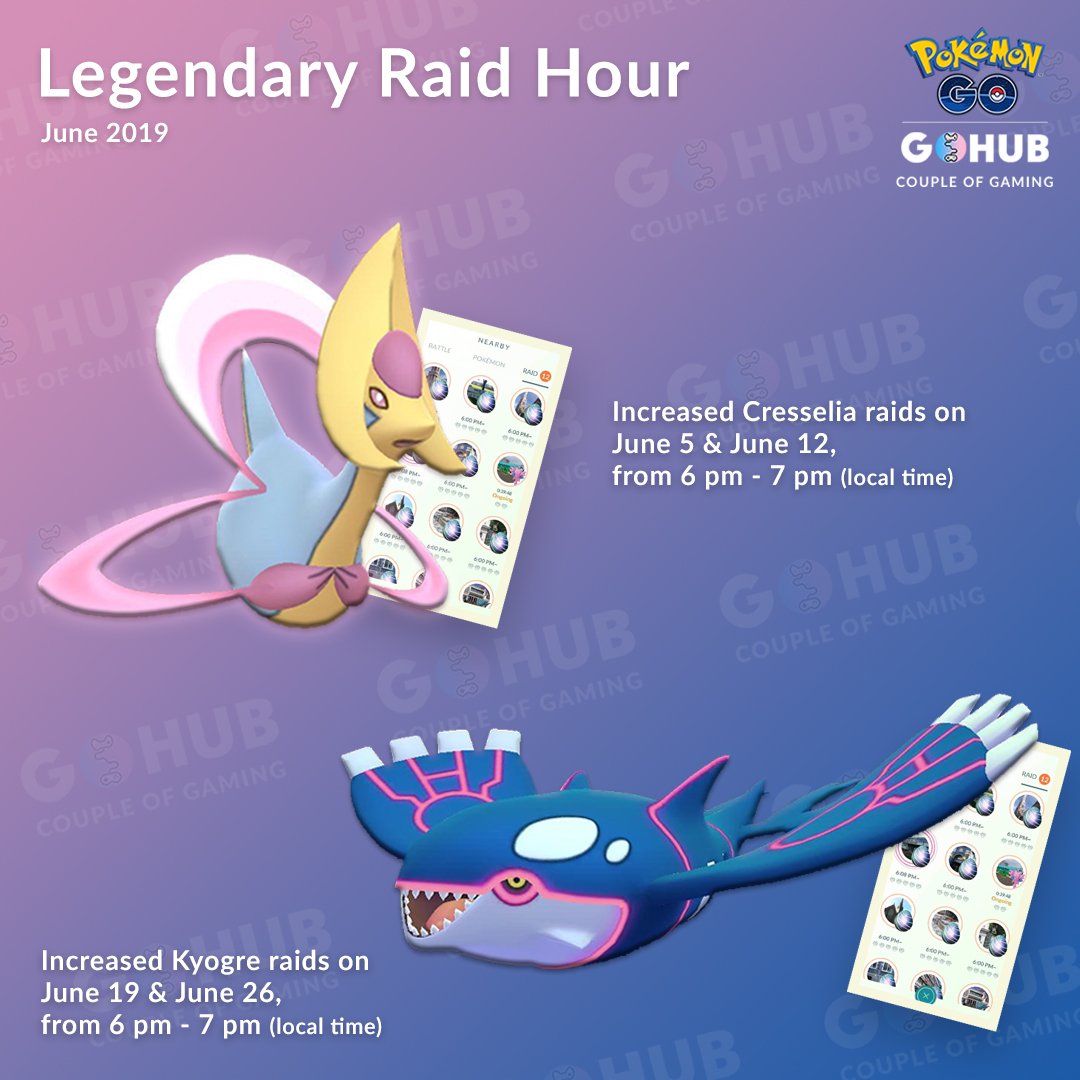 Be sure to check out our Cresselia Raid Guide and Cresselia Heat Map for more information on how to take down the Legendary Moon Duck.

Be sure to check out our Kyogre Raid Guide for more information on how to take down the Legendary Sea Basin Pokémon.

You only have one hour for these events and, potentially, a considerable portion of that time is going to be spent catching Cresselia and/or Kyogre (assuming you are not just raiding for the XP and items), as well as sitting through the 2-minute lobby timer each raid. As a result, there is a sense of urgency to the event. So, considering the aforementioned, it is our recommendation to keep the following tips in mind: