While everyone is busy trying to put their hands on a Shiny Makuhita and/or Meditite (more information on that topic here), Niantic has luckily remembered your weekly EX Raid Passes! It is now the tenth weekly EX Raid Pass distribution in a row! Let’s hope that Niantic keeps rolling them out like this.

A new wave has just rolled out, targeting an EX Raid on May 14th or 15th depending on your timezone! We certainly hope that some of you will rejoice knowing that Niantic seemingly has a well defined pattern now in place for EX Raids and that our survey data from the past months keep pointing towards some great news!

PS: Please make sure to complete our EX Raid survey!
(We’ve slightly revised the survey in the past weeks, so it is very important that you complete the survey and share it among the trainers in your community) 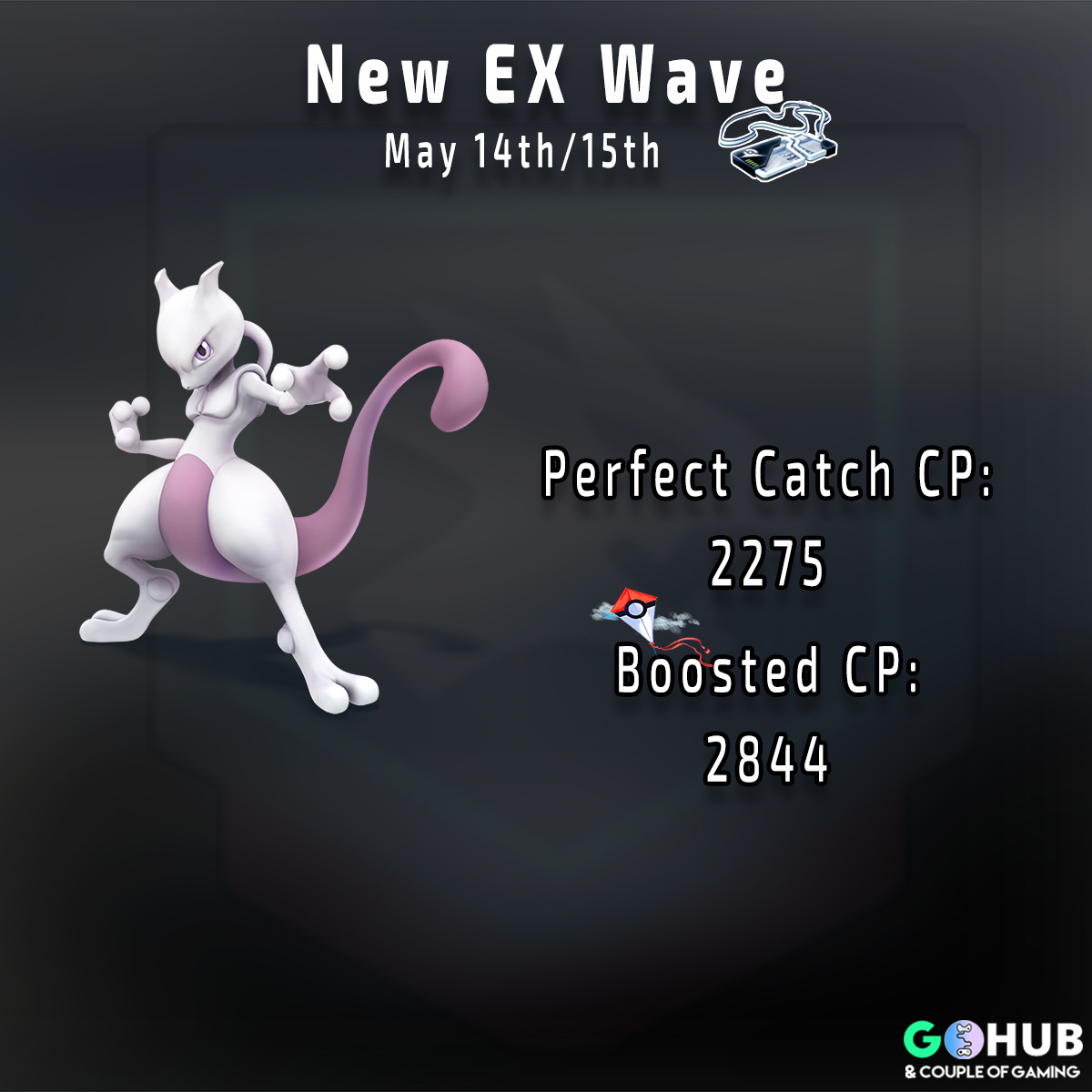 EX Raids Pass distributions are no longer curious, but certainly are still a pleasure to receive, even though some trainers have now well over 10 Mewtwo. Does that mean that everyone has yet been able to put their hands on one? No, but the number of trainers without a Mewtwo certainly has clearly decreased since Niantic as begun distributing EX Raid Passes on a weekly basis.

This is correct, the number of trainers still left without a pass has dropped from above 20% two months ago to below 15% based on our last week’s data. This is incredible news and we hope to see this number decrease from this wave’s data.

A question remains: Could we potentially get a new EX Raid Boss? In our opinion, Niantic would first have to allow rural trainers with an alternative way of getting a Mewtwo for themselves.

This is the eleventh invitation wave after Niantic’s [more or less] recent acknowledgement that the invitation system should work differently now. Do you guys remember when there could be weeks between two EX Raid Pass distributions? We certainly remember and are thankful that these days are behind us. Although a pattern is clearly drawing itself, we once again urge all of our readers to take part in our EX Raid survey and share it afterwards, especially to players who did not get an invitation.

A few observations based on the reports that we are receiving for this EX Raid Pass wave:

Make sure to join the discussion on our Discord server and be sure to report any research you find during your travels!