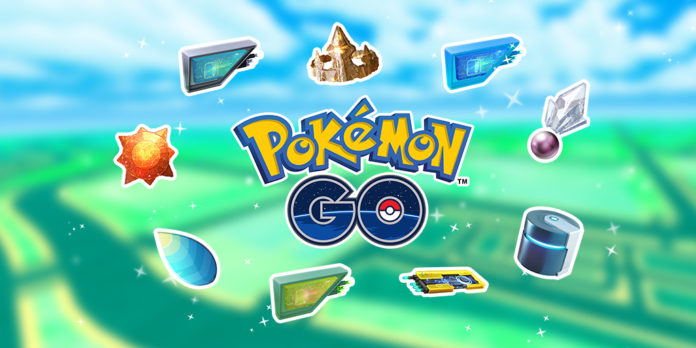 Trainers, the beginning of the Evolution event has brought with it a new lineup or raid bosses.

Also, if you missed the announcement, Niantic has heard our pleas and has increased the number of Rare Candies dropping from Tier 5 raids and has added a guaranteed Charge TM’s will drop from Tier 4 raids!

With that out of the way, the following Pokémon are now available as raid bosses:

So, what’s worth raiding?  The shiny form of Burmy being released is exciting, although the difference between the regular ones and the shiny version isn’t much.  You’ll need a shiny female of each of the three to get shiny Womadam if you’re looking to fully complete a living Shiny Dex.  Feebas is on the rare side in the wild, so having them in tier 1 raids gives you extra chances to get that shiny if you missed the Feebas event.  The rest of the list has a bunch of shiny chances.

Tyranitar is a solid Pokémon progressing through GO raids and Excadrill is an exciting addition as one of the best Ground-type Pokémon in the game, and having it in raids will guarantee you at least get a semi-decent IV one.

Togetic, Alolan Marowak and Absol are popular among Pokémon fans. Smack Down Aggron great if you’re having problems with Rocket Leader Arlo as it takes out Arlo’s Scyther very easily.

And of course, Terrakion is the current Legendary.  Solid Rock attacker, if not a bit of a glass cannon with its plethora of weaknesses.

Keep a lookout here to see if the raid list changes at the conclusion of the Evolution event Thursday, December 12th.  As always, stay safe out there Trainers.