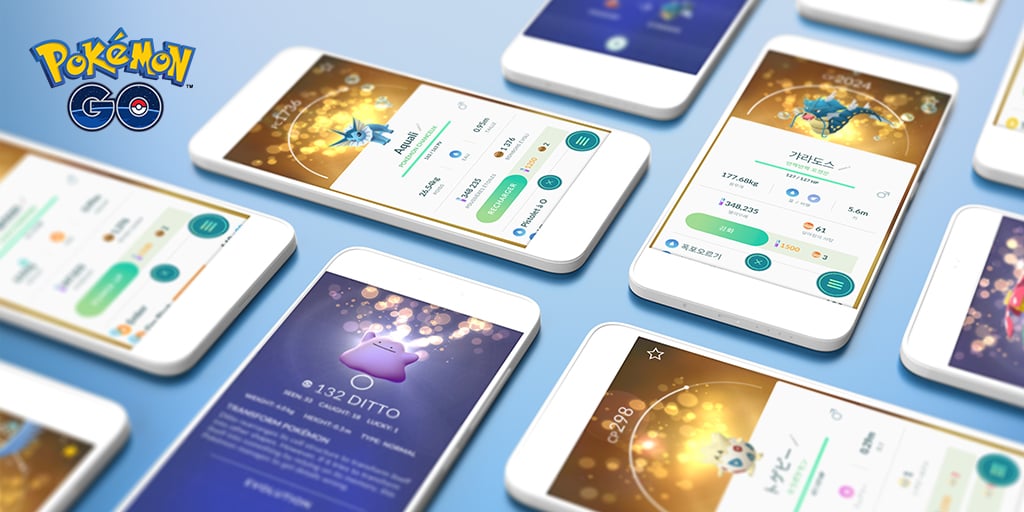 Lucky Pokémon are quite rare in GO, but you can get a guaranteed Lucky Pokémon by trading with a Lucky friend, or by trading Pokémon caught in July and August of 2016. This makes getting them easier, but this is usually used to get Lucky Legendary Pokémon.

Trainer Tips has an excellent video that explains most of the Lucky Pokémon mechanics in one sitting:

Lucky Pokémon have a number of benefits when compared to their non-Lucky counterparts:

With the rising demand for Stardust, powering up Lucky Pokémon becomes a go-to method of building a solid raiding and PvP team. Stardust farming is expensive and tedious, which makes Lucky Pokémon an excellent mechanism to conserve Stardust.

How to get Lucky Pokémon

Lucky Pokemon are exclusively available from Trading with other Trainers. When you perform a trade, there’s a chance that both traded Pokémon will become Lucky.

The exact odds to get a Lucky Pokémon from trading are not known, but research from The Silph Road and GO Hub has revealed some interesting results, showing that Lucky Pokémon odds fall into separate buckets depending on Pokémon age:

Niantic has confirmed that the following factors influence the chance to get a Lucky Pokémon from trading:

Trading two old Pokémon will not give you any tangible benefit over trading 1 old and 1 freshly caught Pokémon.

How to get Guaranteed Lucky Pokémon

On September 5th 2018, Niantic has announced that Trainers will receive guaranteed Lucky Pokemon if they’re traded under specific circumstances:

The guarantee works if both conditions are met for at least one participant of the trade. In other words, the minimum required condition under which a guaranteed Lucky Pokemon can be obtained is as follows:

If both Bob and Alice fulfil the conditions above, nothing changes, because the game only takes into account 1 participant that fulfilled the conditions, similar how it takes the older Pokemon in normal, non-guaranteed trades.

Via trading with Lucky Friends

When trading with Lucky Friends, whatever Pokémon are traded will become Lucky. This is an excellent way to get Lucky Legendary Pokémon. You can read our feature overview here.

How to become Lucky Friends 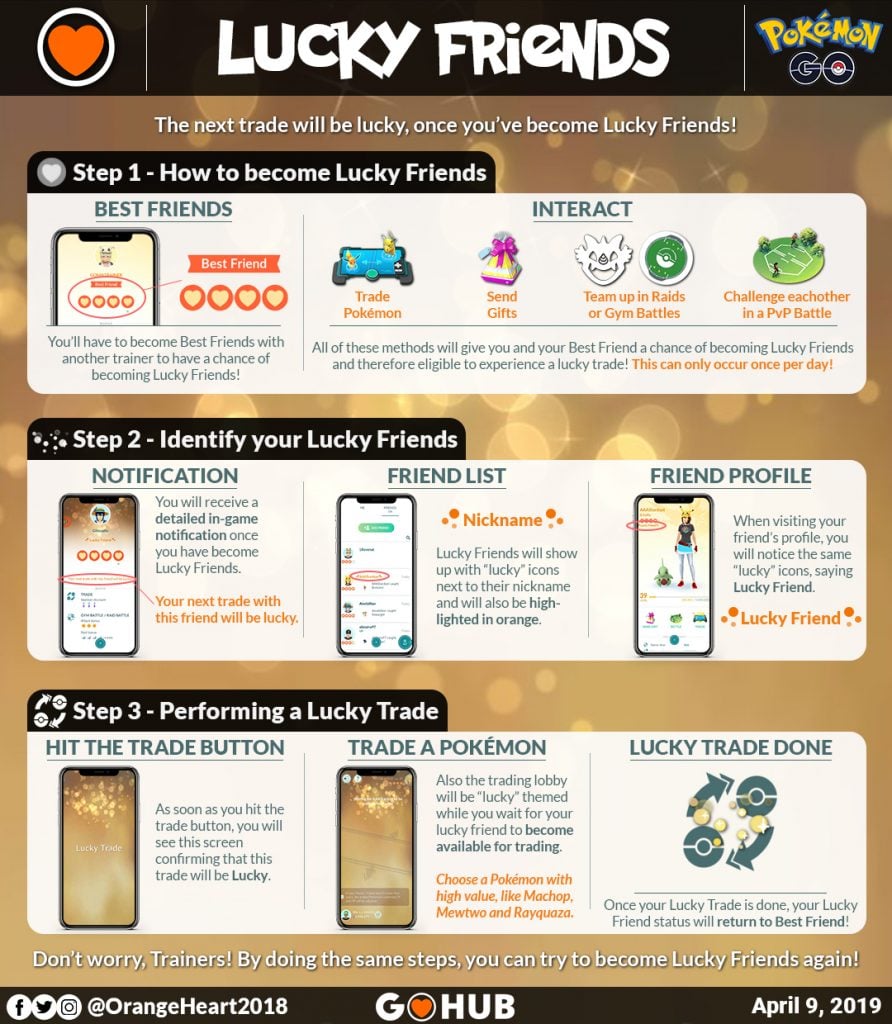 Our research into Lucky Pokemon and mechanics we’ve observed

GO Hub has a data form available online (link) through which more than 3600 trades were recorded at the moment of writing this article. We analysed the results and came to the following conclusions:

For those wondering, Lucky Pokémon were introduced in Pokémon GO in July 2018, as part of the Friendship System update.