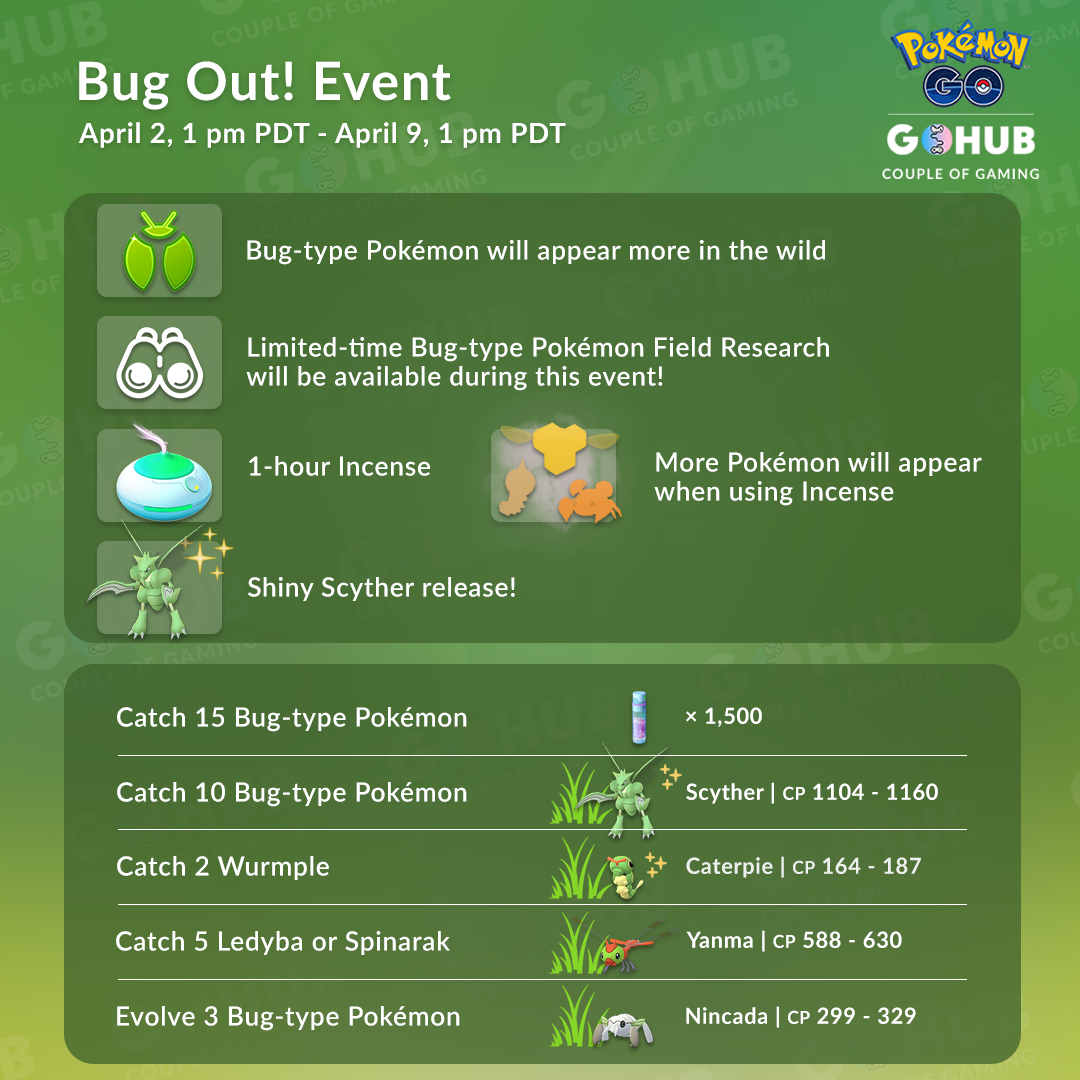 We expect the following Pokémon to be spawning more frequently during the event:

Be sure to run Incense during this event!

To me, the event seems reminiscent of the main series Bug-Catching Contest that was introduced in Gold, Silver and Crystal.

Although the mechanics are entirely different, the strong emphasis on Scyther rings a familiar bell: Scyther, Pinsir, and one family of Bug-type Pokémon (Caterpie, Metapod, and Butterfree in Silver, Weedle, Kakuna, and Beedrill in Gold) could only be caught during the Bug-Catching Contest. All the others could be caught in the wild outside the contest.

No new shiny Pokémon have been mentioned, but we sincerely hope that some will be added. No word on Illumise and Volbeat changing places either. Stay tuned for more information.