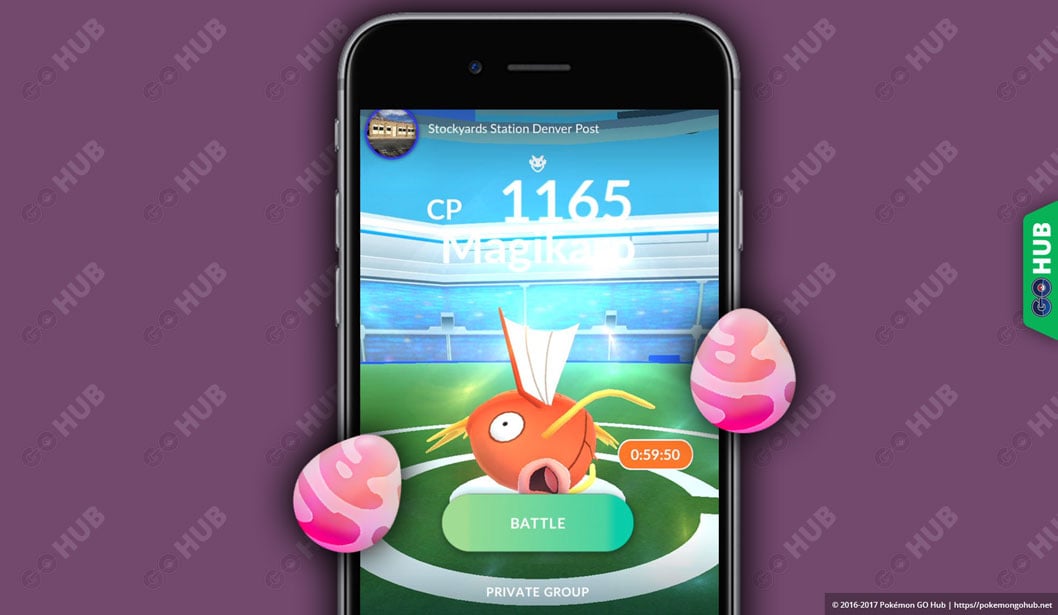 Trainers, the following Pokemon GO raid bosses are now available in Tiers 1, 2, 3, 4 and 5. We are including links to applicable GO Hub raid guides (not all bosses have dedicated raid guides, especially the ones in lower tiers). This list of raid bosses is valid from January 2nd.

Heatran, Tyranitar, Machamp, Rhydon, Magikarp and Makuhita are your best options if you’re looking for Pokemon that are viable in the current meta. Heatran may be a bit lost in PvP currently (see Heatran in Trainer Battles: team ideas and Heatran’s role in the PvP meta), but it’s a solid Legendary with a good set of resistances.

Catching a strong Tyranitar is always a good thing, same goes for Machamp. It’s fascinating how good these two are, given how long they have been available. Rhydon is also an interesting option, mostly for the purpose of evolving a Rhyperior and filling your Rock / Ground roster.

Shiny hunters will be interested in the following bosses (most of which are not interesting for any PvP or raid team building):

Frankly speaking, the rest is fairly mediocre. Starmie, Donphan, Sharpedo, Sandslash, Golem and Breloom are all outperformed in their respective typing. Water types are topped by Kyogre and Gyarados, Golem is topped by Tyranitar and Breloom is topped by Machamp and Venusaur, which we expect you have plenty off. We recommend raiding these Pokemon only if you plan to use it in some capacity in Trainer Battles, skip other than that.

A word on Croconaw raids

We are not sure if we’d recommend raiding Croconaw as Totodile Community Day is right around the corner (Sat, Jan 12).

Sure, it makes sense to get a good Croconaw in order to evolve a strong Feraligatr, but we can’t say with 100% certainty that Feraligatr will get Hydro Cannon as a CD Exclusive move. We are expecting it, but still, you know how Niantic loves their surprises.

In any case, if you choose to raid / farm Croco, here’s what you need to know about Hydro Cannon Feraligatr: