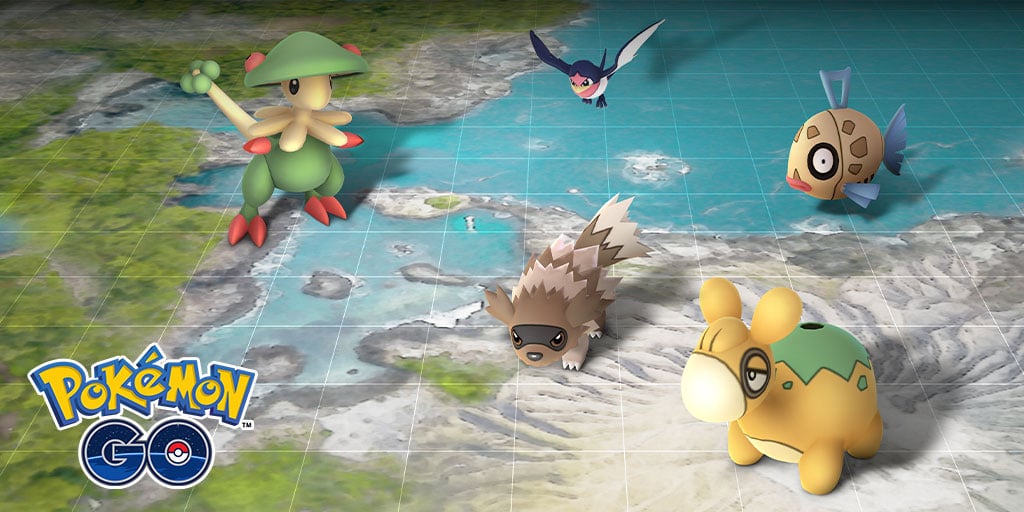 Trainers, the Hoenn event is currently underway in Pokemon GO, bringing back Pokemon first discovered in the Hoenn region into spotlight! In order to help you figure out what’s new, we’ve prepared a quick rundown of the new Hoenn raid bosses, new Hoenn themed Field Research tasks and new 7 KM egg hatches. For an in-depth guide on how to maximize your gains from the event, make sure you check out this article: Hoenn Celebration Event Survival Guide!

Hoenn raid bosses feature exclusively Generation 3 Pokemon which is expected given the nature of this event and there’s actually a lot to raid. Let’s cover all of our bases:

The Hoenn raid boss chart is also available as an infographic:

There are only three Field Research tasks that are exclusive to the Hoenn Celebration event:

The Hoenn event brought in a new wave of 7 KM egg hatches, but most notably, it’s now possible to hatch a shiny Absol! The following infographic shows which Pokemon are now hatchable from the 7 KM egg pool.