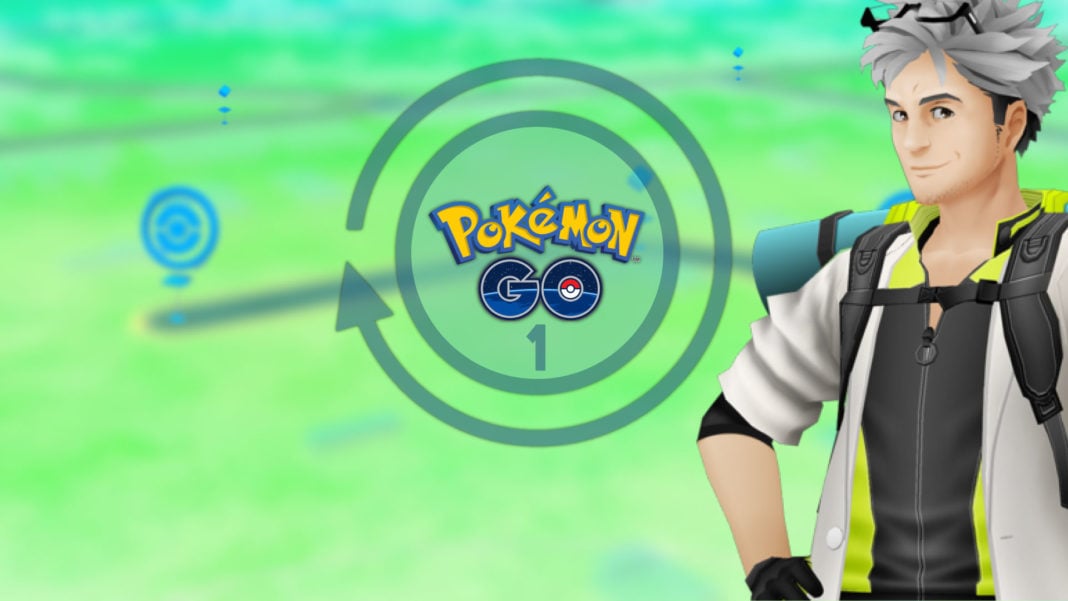 While we are happy to see returning players, you should know Pokémon GO has changed A LOT. Whether it’s been from the very beginning, or just a year ago since you have last played, you’ve got quite a bit of catching up to do! When we say ‘a lot’, we mean ‘a lot’. Therefore, this guide will appear in 3 parts. As new content will continue to be added, these Guides will be updated in the future! Without further ado, welcome to

In this guide, you’ll get an overview of what may have changed since the last time you’ve played in terms of obtaining Pokémon in Pokémon GO.

*Special Means: Trading, Events, Research Tasks, etc. Trading is the only option which is available at all times.

Over the past, almost, three years, several new Pokémon have been released in Pokémon GO. A full Pokédex today counts 483 Pokémon.

Legendary Pokémon were released through Raid Battles*, but as of today can also be obtained by claiming your Research Breakthrough Reward (see later on), or by trading. All Legendary Pokémon of Gen I, II and III have been released in Pokémon GO.

As for Gen IV, at the time of this article’s publication, Uxie, Mesprit, Azelf (The Lake Trio) were released as the very first wild Legendary Pokémon found in different regions. You can find more about the their release here. Lastly, Regigigas, is not currently available. Legendary Pokémon can NOT be put in Gyms.

While Mythical Pokémon cannot evolve, the newly introduced Meltan is the exception to the rule. Meltan requires 400 Candy to evolve into Melmetal. Meltan really got the special treatment, as both Meltan and Melmetal can be Traded, as well as be placed in Gyms.

** We’ll talk about this in Part 3: Creative Catchers and Enormous Events – Coming Soon

With the release of the game, certain Pokémon only appeared in a specific area of the world. As more Generations (thus more Pokémon) got released, more Regional Exclusives were introduced. These Pokémon can only be caught in the Region they’re bound to.*

* Exceptions are made for Pokémon GO Live Events/Region Swaps.

You can find more about Regional Pokémon in Pokémon GO here.

Today, 222 Pokémon (+26 costume variants) have their Shiny variants available in Pokémon GO. Some things you should know about Shiny Pokémon:

Some Pokémon require walking it a certain distance as your Buddy to evolve. These Pokémon are:

* Eevee’s evolutions have some additional tips/tricks/requirements which can be found here.

In Gen I, Pokémon only require a certain amount of candy to be evolved. With the release of Generation II, we saw the addition of Evolution Items in Pokémon GO. Certain Gen I Pokémon with an evolution in Gen II, require an Evolution Item to evolve. There are 5 Evolution Items that each can be used to evolve certain Pokémon:

Trainers get a guaranteed, random, Evolution Item on their 7-day PokéStop Streak, but Evolution Items also have a small chance to be obtained through regular PokéStop Spins. You can find more about these Items and on which Pokémon they can be used here.

With the arrival of the Sinnoh Region, a new Evolution Item was introduced: the Sinnoh Stone. This item can be used to evolve certain Gen I, Gen II, and Gen III Pokémon with an Evolution in Gen IV:

Three new Lure Modules have been introduced to Pokémon GO! Glacial Lure Modules, Mossy Lure Modules, and Magnetic Lure Modules can be obtained in the in-game shop and will be available as rewards for completing new Special Research tasks. These New Lures each attract different types of Pokémon, as well as causing some Pokémon to evolve!

More info about these Lure Modules can be found here.

When the game launched, only the Razz Berry was there to help you catch Pokémon. Today, there are five different kinds of Berries available in Pokémon GO.

More info about Berries and their effects can be found here.

Since launch, Trainers were able to collect Eggs from PokéStops. In the Summer of 2018, a new sort of Egg was introduced: the 7 km Egg.

To find out which Pokémon can be hatched out of these Eggs, visit this complete Egg chart (coming soon!).

Besides of the Unlimited Incubator and the Regular Incubators, a new type of Incubator was introduced in the past years. The Super Incubator reduces your Egg distance by 1/3. It is available in the in-game Shop at the cost of 200 Pokécoins each but also appears regularly in Box Sales.

The Regular Incubator (Blue) and the Super Incubator (Purple) break after 3 uses. The Unlimited Incubator can be used an infinite amount of times.

The Adventure Sync feature allows you to hatch your Eggs while Pokémon GO is idle! When connected to your phone’s health app, the game tracks your steps while the Pokémon GO isn’t running. With this, a new reward system was introduced. Reaching one of the three Tiers (5, 25 and 50 km) per week gives you some awesome rewards such as Rare Candy and Stardust! You can find more info and a full list of rewards here.

Field Research is a new type of quest system that is available by spinning PokéStops. Field Research sends you on tasks with different rewards given after completion. You can obtain one Research Stamp every day by completing a Field Research assignment.

You can complete as many Field Research Tasks per-day as you please, but you can only get one Stamp towards your Weekly Research Breakthrough daily.

Why would you complete more tasks per-day, I hear you say? As well as getting more Pokémon Encounters and Items, you can also achieve an in-game medal with three unlockable Tiers.

By collecting seven Stamps, you unlock the weekly Research Breakthrough which is mostly a Legendary Pokémon encounter in addition to Items, Stardust and XP.

You’ve read it right: Mythical Pokémon are now available in Pokémon GO! Similarly to Field Research, the Special Research system is a series of story-driven quest chains that lead to unlocking an encounter with a Mythical Pokémon (except for Spiritomb).

As of the time of publication, there are 4 Special Research Story Lines:

Each storyline can only be done once. This also means all Mythical Pokémon (and Spiritomb) can only be caught once. (with the exception of Meltan)

* Meltan can also be obtained by opening a Mystery Box. More about this will appear in a later part of this guide series.

Well, that’s it for Part 1 of Returning to Pokémon GO, Trainers! As you can see, a lot has changed since the game was released in Summer 2016. I hope this guide will encourage you to take on new adventures, and help lots of other Trainers returning to Pokémon GO. Need more catching up? Be sure to look out for: