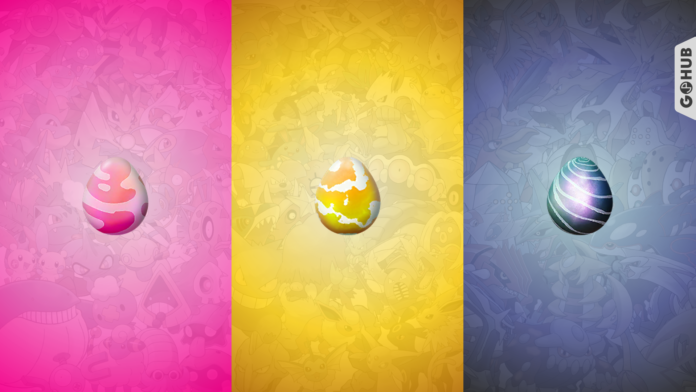 With the most recent update, you could hear hearts around the world breaking as Niantic announced a Raid Boss Stat Rebalance that would revert raids to the way they were before super-effective damage was given a higher multiplier, back in early December 2018. If you were out of the loop as to why raid bosses suddenly became easy around that time, the super effective damage multiplier was buffed from 1.4 -> 1.6, making the use of super effective moves not only crucial but extremely beneficial. This change made T3 raid bosses a lot easier to players of lower levels, made some T4 raids soloable, and made previously difficult T5 raids into easier duos.

So, what changed? On January 31st, 2019, Niantic announced that raid bosses would be “more sturdy”, seeing as soloing difficult raid bosses did not seem to be their intent. What this meant was that T3 – T5 raid boss’s health was buffed x1.2. Here is a table on how the Raid Boss Stat Rebalance changed each raid tier.

We also have a graphic put together by OrangeHeart to help showcase some of the changes to current raid bosses due to the Raid Boss Stat Rebalance. For all our visual learners out there, we hope this helps make sense of what has changed. The new and old stats include HP as well as Boss CP stats, and the numbers below are our recommended numbers to take to the battle. Black means it is not enough for the number it highlights, red means difficult, yellow is mildly challenging, and green means easy! This is assuming all players have counters of adequate level, and you should always gauge your group size needed by the individual power each player can put out!

This, however, is not the end of the world, contrary to what many may think. The Raid Boss Stat Rebalance only means that Raids have been reset very close to where they were before Niantic made their initial changes to super-effective damage. In short, if the boss was soloable/duoable several months ago, it is mostly soloable/duoable again now, but it is no longer a cake walk. There have been many questions regarding this change, so we hope to help clear some of that up by the end of this article.

Deoxys Attack has been the center of most questions asked recently, between Facebook, Twitter, and Discord. Deoxys Attack CAN still be soloed, given the player was already in a range of having a ~90+ seconds left solo. If a player was having issues soloing it before this new buff, it is not recommended to go into another solo full throttle. This new change may dump your solo to anywhere around a guesstimate of 70-30 seconds left (more or less, dependent on counters and boss move set, of course) if you were already in a 100 seconds left range, the point is, it is still very doable, and still very easy.

Palkia has gone from a simple duo (easiest moveset being Dragon Breath / Fire Blast) to a very difficult duo/easy trio. The easiest moveset is still Dragon Breath / Fire Blast, but unless you are a top player with several level 40 Rayquazas, and a partner with a similar team, this is going to be a very difficult duo. Windy weather and the above moveset makes this raid duoable again for people who could duo pre-buff. Dragon Tail / Draco Meteor now proves itself to be a very difficult set to go up against, in and out of windy weather, and can take almost a minimum of 3-4 very well equipped players to take down.

There have been many insane duos done over the months of past raid bosses. Pokémon with a double weakness have been especially targeted, including Rayquaza, Articuno, Moltres, and Ho-Oh. There are many future legendaries that also have double weaknesses (Virizion (gen 5)), and low defenses (Azelf (gen4)), that can be targeted for future duos. With this in mind, there are also some troublesome raid bosses, like the Regi Trio, that will prove difficult as they once were. Yes, that means to gather people to raid them, as well as actually taking them down. Maybe a re-release with a shiny would entice players to raid the trash cans.

These raids, including Rhydon, Absol, Tyranitar, and Golem can NO LONGER be soloed, at all, under any circumstance. Meanwhile, Shiftry is still possible, but it can only be done by Bug types in Rainy weather at around level 40. The buff in the December update gave just the smallest push to let these bosses be soloed with minimal time left. If you have been planning to solo a T4 raid, but never had the weather, the right move set or just not the right counter Pokémon yet… I am there to commiserate with you. Thanks to the Raid Boss Stat Rebalance, T4 raids have been reduced to easy or difficult duos only, in terms of challenges. The previously mentioned raid bosses, having low defenses or a double weakness, are all easy duos for players well equipped with good counters. Harder bosses, past and present, include Pokémon such as: Togetic, Snorlax, Walrein, and Lapras.

Some seem obsessed with the fact that Tier 3 raids can no longer be soloed. I am here to tell you, and give you back up to tell them, that the notion that the Raid Boss Stat Rebalance has suddenly caused these raids to be impossible to solo, is false. Tier 3 raids were in the medium/hard range before the super effective update, and will return to being medium/hard now. The only Tier 3 raid boss to never be soloed, and never will be as it did not make a return during the short months of easy raid bliss, is Shuckle. (If you have never read the raid guide, I suggest it). The turtle monster that many had their eyes set on for a solo, cannot be soloed. Do not try. One look with those eyes, and all of your Pokémon will faint on the spot. (All jokes aside, really, there is no circumstance where Shuckle can be soloed with this new re-balance).

Some Tier 3 raids continue to be easy, such as Sharpedo, Crawdaunt or Scyther, but some have returned to being a bit more of an accomplishment, including Claydol, Skarmory, Donphan, and Umbreon.

In short, raids are not impossible now, and the sky is not falling, despite what many online “experts” or people in your local communities may be yelling. We have a lot of Chicken Littles out there. Kindly remind those people that raids have been RE-balanced through the means of a buff, meaning they were like this before, just different. If you will, we can say they have been returned to ‘normal’. T5 duos are going to require a lot of stardust once again, certain Tier 4s are no longer a one wo/man job, and Tier 3 solos have been restored to an actual accomplishment.

This week we have the first ever Evolving Stars...